An anti-mask rally is happening in Vancouver today, here’s who will be there

According to the event’s flyer, COVID-19 and vaccine "truths" will be revealed by real medical experts
Feb 20, 2021 11:48 AM By: Cameron Thomson 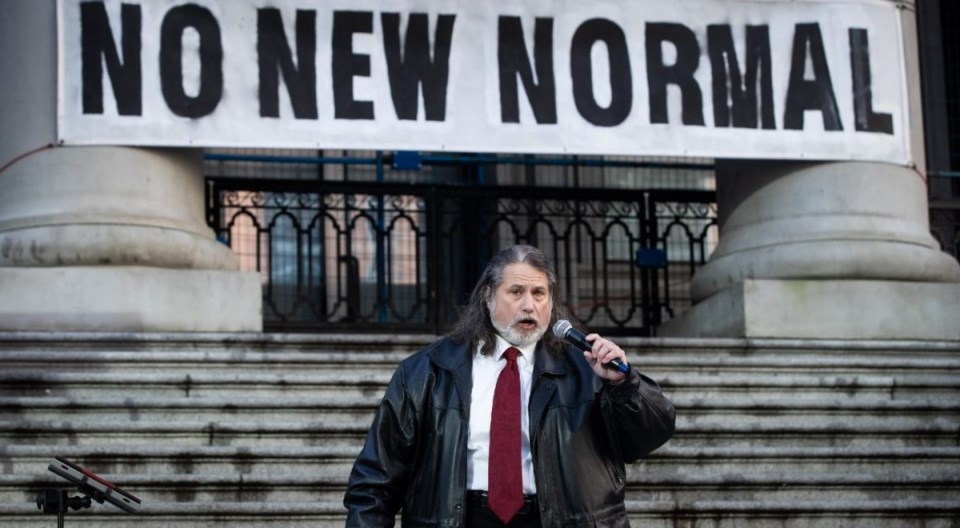 The BC Grand Freedom Rally is to be held at the Vancouver Art Gallery this Saturday from 12:30 p.m. to 4 p.m. According to the rally’s poster, dancing will follow the event. Also according to the poster, coronavirus (COVID-19) and vaccine “truths” will be revealed by medical experts.

Making a repeat performance at the rally is former Canucks national anthem singer Mark Donnelly who was fired over Twitter last year after announcing he would be taking part in the BC Christmas Freedom Rally.

The next name on the list of speakers is Dr. Stephen Malthouse from Denman Island. Malthouse also attended the BC Christmas Freedom Rally last year where he spoke of his open letter to Dr. Bonnie Henry. The letter decries COVID-19 restrictions claiming there is “no scientific or medical evidence” that masks and social distancing reduce transmission of the virus.

Ad for an anti-mask rally planned for the Vancouver Art Gallery Weekend also has messaging: "No Farmers No Food We Support Farmers" - It is important to note this group does NOT have affiliation with protesters demonstrating DT for Indian farmers. These are 2 separate groups pic.twitter.com/mRGjQa4Rup

Kristen Nagle, one of the speakers at the D.C. rally and now in Vancouver, has since been fired from her job as a neonatal intensive care nurse.

The other nurse also invited to speak in Vancouver is Sarah Choujounian. Following her involvement in the D.C. rally, as of January 19, 2021, Choujounian has been under investigation College of Nurses of Ontario. Choujounian is the founder of a group called Nurses Against Lockdowns, she has called the vaccine promotion a "crime against humanity."

Jeri-Lyn Bone is the third nurse scheduled to speak at the Vancouver rally. According to a report from the CBC, Bone is a nurse in Surrey.