Anti-pipeline protesters to crash Trudeau's visit to BC 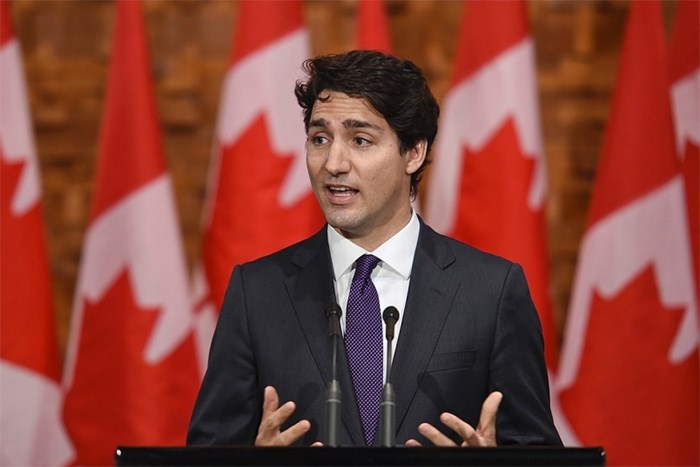 Prime Minister Justin Trudeau will be welcomed to Vancouver by anti-pipeline protesters on Thursday.

At least 750 people are expected to gather outside the Vancouver Art Gallery before marching to the Sheraton Vancouver Wall Centre where Trudeau will be speaking at a Liberal Party fundraising event. The march is being organized by leadnow.ca, SumOfUs and 350.org Canada. The Trudeau government approved Kinder Morgan's Trans Mountain pipeline expansion project in November, 2016.

"The message to the Prime Minister is basically a warning that if he continues to try to push the Kinder Morgan pipeline through, against the opposition in B.C., it's going to cost him in the next election," said Leadnow campaigner Jolan Bailey.

A crowd-funded billboard mounted on a truck will join the demonstrators, who are being asked to bring household items such as pots, pans and spoons to make some noise.

Bailey said they'll be "handing out flyers to Liberal donors as they enter the event because I think a lot of the folks in B.C. who support the Liberal Party are privately concerned that Trudeau could end up costing the party seats through his position on Kinder Morgan."

People gathered on Burnaby Mountain for a week of protests last month. Eugene Kungene, a staff lawyer at West Coast Environmental Law, recently told The Tyee that over 176 people have been arrested since March 10. Most are arrested for breaching a court-ordered injunction preventing them from being within five metres of Trans Mountain facilities. The number of arrests is expected to rise in the coming days.

The Union of BC Indian Chiefs Grand Chief Stewart Phillip said he will be leading a march on April 7 at 11 a.m. and "getting arrested at the gates of Kinder Morgan," in a release.

"As an Indigenous person, I am affirming my personal and collective right and commitment to the land and the water, ” Phillip said.

Kinder Morgan plans to twin its existing Trans Mountain pipeline running from Edmonton to Burnaby, which would triple the volume of petroleum products it would carry and increase tanker traffic along the coast.