Police say 10 climate action protesters were arrested late Monday for obstruction of justice after they refused to leave the Burrard Bridge.
0
Oct 8, 2019 6:43 AM By: The Canadian Press 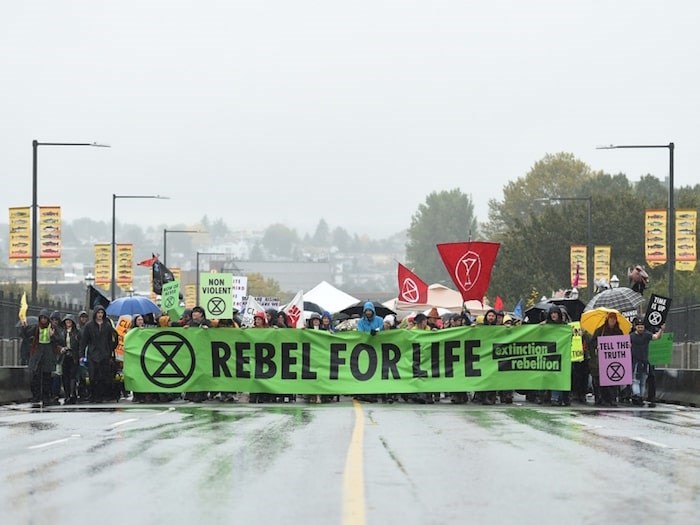 Vancouver Police say 10 people were arrested late Monday for obstruction of justice after they refused to leave a bridge linking the city's downtown to the west side.

They say between 10 and 11 p.m., "police were forced to arrest" environmental protesters who refused to leave the Burrard Street Bridge even after requests and warnings.

They say the protest, which joined similar demonstrations around the world as part of the global Extinction Rebellion movement urging more government action to fight climate change, was peaceful with no major incidents until the arrest.

Earlier in the day, traffic cameras showed several dozen demonstrators marching in the lanes of the bridge, one of three spans into the city's downtown core.

The protesters said they would allow buses, emergency vehicles, cyclists and pedestrians to cross the four-lane bridge, which sees about 55,000 vehicles a day.

Extinction Rebellion protests took place Monday in about 60 cities around the globe, including Toronto, Halifax and Edmonton, with Montreal's protest postponed until Tuesday because of rain.

This report by The Canadian Press was first published Oct. 8, 2019