A British Columbia cabinet minister stepped aside Friday after Premier John Horgan said a special prosecutor has been appointed amid an RCMP investigation.
0
Oct 5, 2019 9:57 AM By: The Canadian Press

A British Columbia cabinet minister stepped aside Friday after Premier John Horgan said a special prosecutor has been appointed amid an RCMP investigation. 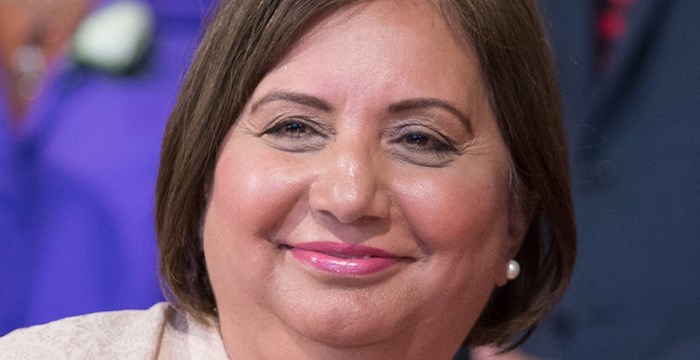 Jinny Sims is stepping aside as B.C. citizens’ services minister because of a police investigation. Photograph By DARREN STONE, Times Colonist

In a three-paragraph statement, Horgan said he was informed of the investigation into Citizens' Services Minister Jinny Sims by the attorney general.

"We take any such investigation very seriously," he said.

No other information on the nature of the investigation was released.

Sims said in a statement that she is not aware of the allegations that have been made against her.

The B.C. Liberals have accused Sims of using personal emails to allegedly circumvent the province's freedom of information laws and of writing letters to support visa applications for 10 Pakistani citizens, some of whom were on a security watch list.

In her statement, Sims makes a reference to unspecified "previous public allegations" she has faced and said there is "no credibility" to them.

"I am confident that my name will be cleared but do not want to distract from the important work of government in the meantime," she said. "For that reason, I have decided to step away from my duties while the matter is resolved."

Sims said she would not make further comment on the advice of legal counsel, and the attorney general's office referred questions to the province's public prosecution service.

A release issued Friday night by the B.C. Prosecution Service said that after a request from the RCMP Richard Peck, a senior lawyer in private practice in Vancouver, had been appointed as Special Prosecutor "to provide legal advice in relation to an investigation into criminal wrongdoing involving the Minister of Citizens’ Services, Jinny Sims and others."

It is not known if the allegations about Sims's personal email or the reference letters are the subject of the investigation that led her to resign from cabinet, and the RCMP could not be reached for further comment.

In May, the information and privacy commissioner said he would not investigate an allegation that Sims used her personal email and other "non-government applications" to conduct government business because the Freedom of Information and Privacy Act does not "explicitly prohibit" the use of "personal applications" by public officials.

"While the Opposition continues to focus on gotcha politics, I follow the rules and use government accounts for government business and document government decisions appropriately," she said in a statement reported by the Vancouver Sun.

In the legislature in May, Liberal Shirley Bond asked Sims if she wrote sponsorship letters as a member of cabinet for individuals she did not know.

Sims replied that letters were written on legislature letterhead.

"A number of letters were sent out with my electronic signature, and I did not see the final draft. I take responsibility for what happened. When I became aware of the issue, I immediately had a serious conversation with the staff to ensure that it would not happen again," she said.

In a statement, Liberal Leader Andrew Wilkinson said Horgan should explain why a special prosecutor has been appointed to investigate a cabinet minister.

At a news conference in Vancouver, Wilkinson said the Liberals have raised concerns in the legislature for almost a year about Sims.

"John Horgan did nothing about it and now it finally takes the police to step in to get John Horgan to act," he said.

Sims was first elected as the legislature member for Surrey-Panorama in the 2017 provincial election. Before getting into provincial politics, Sims was a New Democrat MP for the Metro Vancouver riding of Newton-North Delta.

This report by The Canadian Press was first published Oct. 4, 2019.

Cullen commission into money laundering in British Columbia resumes today
May 25, 2020 7:04 AM