A Kelowna leadfoot is bragging about his need for speed on social media — sharing photos of himself driving and exceeding 300 km/h.
0
Oct 19, 2019 12:06 PM By: Castanet

A Kelowna leadfoot is bragging about his need for speed on social media.

But the user of the Instagram profile 'kylegonek' is no ordinary speeder – he's shared photos of himself exceeding 300 km/h. That's dangerous enough with both hands on the wheel. 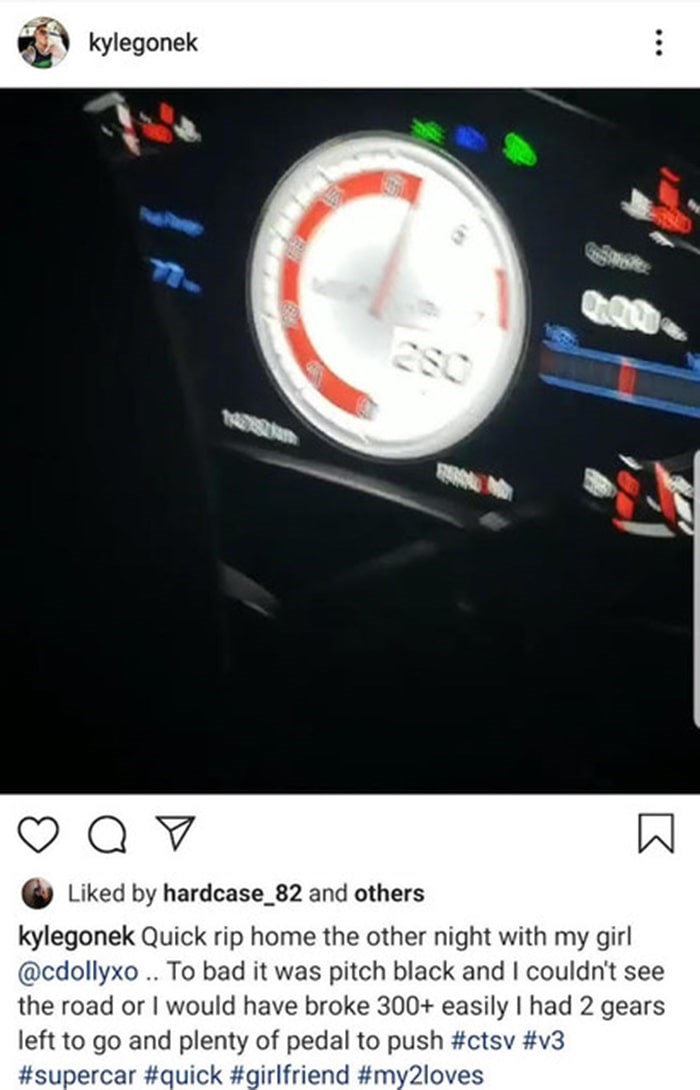 A Kelowna leadfoot is bragging about his need for speed on social media. Photo: Instagram

A concerned citizen reached out to Castanet with screenshots of the man's Instagram profile, which has now been deactivated or made private.

The screenshots show the user's profile contains numerous photos of a newer model black Cadillac CTS-V with one photo of the vehicle's speedometer showing 280 km/h and another photo showing 313 km/h, which appears to have been taken by the driver. 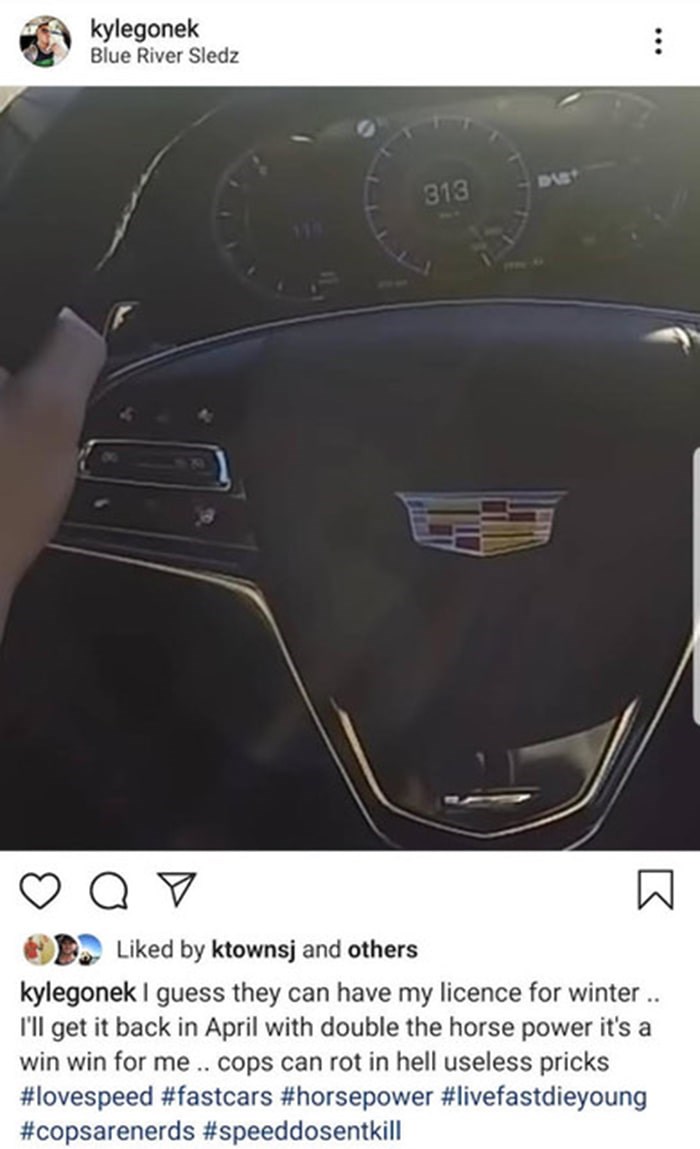 A Kelowna leadfoot is bragging about his need for speed on social media. Photo: Instagram

In addition to the photos, the man writes comments taunting the police, by stating: "I guess they can have my license for winter. I'll get it back in April with double the horsepower it's a win win for me. Cops can rot in hell."

The tipster said he just wants to make the public aware and to keep an eye out for a black Cadillac.