B.C. woman’s body found in lake 27 years after she vanished

The discovery of his mother’s body inside her car in a lake 30 kilometres west of Revelstoke has solved a 27-year-old mystery for a Mill Bay man.

Janet Farris was driving to a wedding in Alberta in the fall of 1992 when she vanished. Over the years, her family came to believe she had been in a car accident Photograph By Courtesy George Farris

Janet Farris, a 70-year old mother of two and grandmother of five, disappeared in October 1992 on the way to her niece’s wedding in Innisfail, Alta.

“It’s a sad thing, but at least it’s the end of the story,” her son George Farris said Friday. “You know, you do your grieving. It was a bit of a shock to find out, more of a surprise really. I didn’t think they would ever find her, not after all this time.”

Janet Farris left her home in Mill Bay on Oct. 1 and stopped overnight at her sister’s place in White Rock. Credit-card records show she bought gas at the Tappen Esso Serve and Grocery west of Salmon Arm. She was never seen again.

“It was not nice. I don’t wish that on anybody, because you don’t know if something else happened and your mind goes …” he said, his voice trailing off. “It was a sad event. She was a very positive aspect of my life.” 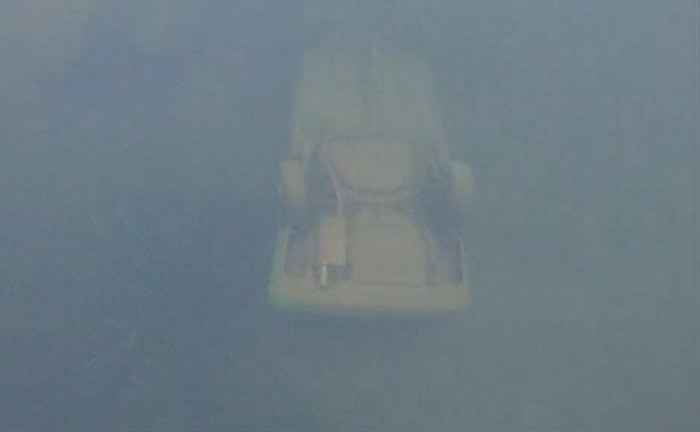 The mystery of Janet Farris’s disappearance was finally solved because of a series of remarkable coincidences.

Nancy Werenka, who runs Griffin Lake Cabins just off the Trans-Canada Highway west of Revelstoke, called RCMP on Aug. 21 to report that some guests and her 13-year-old son Max had found a vehicle in the lake.

The guests had read a story online about two teenagers receiving the Governor General’s bravery award for rescuing a family of four whose van plunged into Griffin Lake in June 2009. The guests wanted to find out if the van was still in the lake, so they went out searching with Max.

“They found a vehicle. But they didn’t think anything of it. They thought it was the van, and they went home and didn’t do anything about it,” said Werenka.

The next day, an RCMP officer came out to the lake for a picnic lunch with relatives who had just checked into the cabin. Someone mentioned the vehicle that had been found and connected it to the 2009 rescue. The RCMP officer said: “Well, I’m pretty sure that [van] came out of the lake. We better report this.”

Two officers were sent to Griffin Lake to investigate, said RCMP Cpl. Thomas Blakney. The officers went out in their boat and took Max with them.

Although the car was only about three metres offshore, it couldn’t be seen that day from the boat. So Max jumped into the water with his GoPro camera and took an underwater video of the car.

The officers returned to the detachment and showed Blakney a photo of the vehicle. He became concerned when he saw the car was upside down.

The RCMP underwater recovery team went to Griffin Lake in the early morning of Aug. 24 and was able to get a licence plate.

Police learned that the licence plate belonged to a woman who had disappeared in 1992, Blakney said. Cables were attached to the car and a local tow company pulled it out of the water. A woman’s body was discovered inside and officers notified the B.C. Coroners Service.

The car has been towed to a local yard and will undergo a mechanical inspection, Blakney said. The vehicle did not have any front-end damage.

“The assumption is her car went off the road for some unknown reasons. We don’t know what happened. Maybe she swerved for an animal. We just don’t know. We’ll do the mechanical inspection on the vehicle and let the family know,” he said.

“It’s better to know. It’s funny after so many years go by, pretty well three decades, you settle in with what you think has happened and you’re content with that. I don’t know if everybody would be, but you have to deal with it somehow,” Farris said.

“We thought she’d probably fallen asleep just because there was no sign anywhere else on the road. Her car never showed up anywhere. We felt she was probably at the bottom of one of the deeper lakes.”

Werenka said she feels sad for the family. “We’ve been wondering for two weeks now who is this, what happened, what year was it? We just found out who it was this morning,” she said. “You’re trying to make sense of something. It just unravels a whole bunch of questions as to how on Earth it could have happened.”

The case has also given hope to Blakney.

“All the work that was done back in 1992 for this family and unfortunately, we had negative results. And here on Aug. 21, a young boy sees the vehicle and he tells his mom and she phones police.

“That’s what we say to the public. They are our eyes and ears out there. You never know when you make that phone call what it can lead to, and it certainly paid off in this case.”