Kraft Heinz Canada is recalling one of its baby foods after a consumer found insects inside the product. 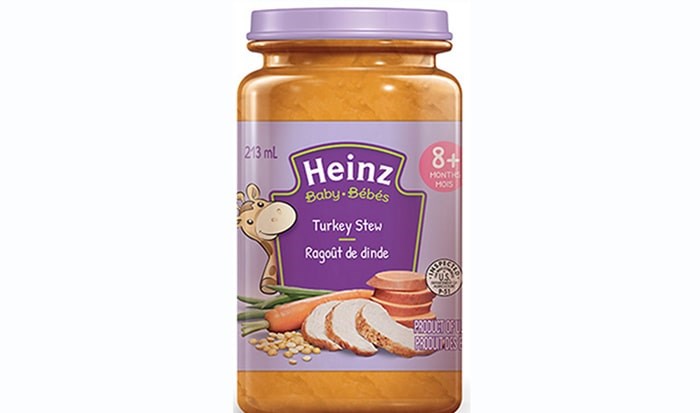 The recall was issued for Heinz Turkey Stew 8+ Months baby food on Aug. 16.

The recall was issued for Heinz Turkey Stew 8+ Months baby food on Aug. 16. The flavour has been sold in British Columbia, Newfoundland and Labrador, Ontario, Quebec and Saskatchewan.

The Canadian Food Inspection Agency says it is conducting a food safety investigation, which could lead to the recall of other products. In the meantime, the agency is advising consumers not to eat the recalled product.

"If other high-risk products are recalled, the CFIA will notify the public through updated Food Recall Warnings," says the agency.

"The CFIA is verifying that industry is removing the product from the marketplace."

The agency says there have been no reported illnesses associated with eating the baby food.