It's a go! There will be bathtub races in English Bay in the summer of 2018.

Monday night the Vancouver Parks Board approved a proposal from the organizers of KitsFest to include the venerable sport of bathtub racing as part of the August event. 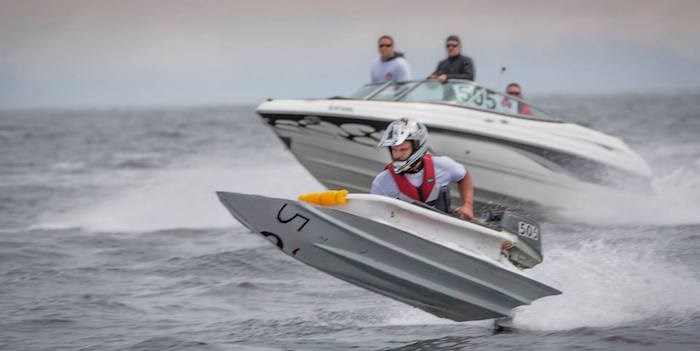 The plan was put forth in partnership with KitsFest and the Pitblado Group and the Loyal Nanaimo Bathtub Society, the latter the group behind the historic bathtub races that took place between Nanaimo and Vancouver from 1967 to 1996.

For KitsFest, which will take place August 11, the bathtub races will take place exclusively in English Bay, with a circuit established at the north end of Kitsilano Beach.

"All water-related permits and approvals from the applicable jurisdictions/authorities would be obtained by the Loyal Nanaimo Bathtub Society," notes the Parks Board report, while Pitblado Gorup will operate the races.

For its inaugural year, the KitsFest bathtub races will be limited to 10 to 20 motorized bathtub "boats," though the hope is that the event will grow in the coming years.

Plans include having a dedicated area at the north end of the beach for set up, viewers, and a licensed lounge area.

Curious about Nanaimo's storied bathtub races? Check out our B.C. Was Awesome video exploration of this unique piece of regional history: