The B.C. goverment announced Monday their purchase of a third Vancouver hotel they intend to operate as supportive housing
Jun 29, 2020 1:23 PM By: Lindsay William-Ross 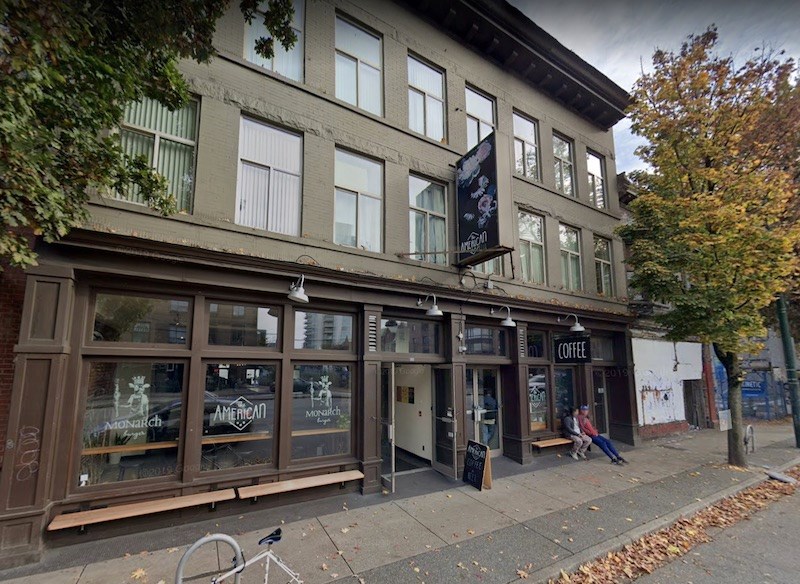 The American Hotel at 938 Main St in Vancouver, as seen in October 2018. Photo: Google Maps

The B.C. goverment announced Monday their purchase of a third Vancouver hotel they intend to operate as supportive housing.

The storied American Hotel, at 938 Main Street, holds 42 units, and is set to be re-launched as a place "for people who have been living in supportive housing and are ready to take the next step toward independent living," according to a release from the Ministry of Municipal Affairs and Housing.

The venue is over a century old, and was opened in 1907 as The Clarendon.

"Over the years the Clarendon became the American Hotel (in 1922) and later started on a downhill path that earned [its] reputation as a pub associated with drugs and violence (a former manager received an 11 year sentence for drug dealing and assault). In 2006 the City authorities stepped in and closed the hotel down. In 2011 under new ownership and with a comprehensive makeover the 42 rooms reopened upstairs, six of them leasing at $400 a month, the rest at what the market will bear," described Changing Vancouver in 2012.

At the time, the bar space was relaunched as The Electric Owl. Several years later the concept was changed to be called simply The American, and it has become a cool hangout with arcade games and food from local buger superstar Downlow.

The building will be managed by experienced BC Housing staff, who will provide residents with supports like daily living skills training, such as budgeting, nutrition management, meal preparation, medication management, house cleaning and other skills, explains the B.C. government.

Current tenants will be able to remain at the American and will have access to the supportive services, as needed. Over time, as existing tenants choose to leave and units become vacant, they will be occupied by new residents ready to leave supportive housing and live more independently.

The province did not indicate what - if any - changes the purchase means for The American bar.

“Nothing is more critical for the City of Vancouver and our residents than tackling the housing affordability crisis, that's why seeing the Province of B.C. purchase the American Hotel to provide more affordable housing is welcome news,” said Kennedy Stewart, mayor, City of Vancouver. “The COVID-19 pandemic has underscored the need to provide all residents with safe, affordable housing, especially for our most vulnerable neighbours, and the only way to do this is through strong partnerships between the City of Vancouver and the Government of B.C.”

Last week, the province also announced the purchase of two other properties in the city: The 110-room Howard Johnson hotel on Granville Street and the 63-room Buchan hotel in the Vancouver’s West End to house the homeless and others in immediate need, and provide long-term affordable housing.

With a file from Frank O'Brien/Western Investor