Man dies after SUV rolls down 250-foot bank in B.C.

A 24-year-old Port Alberni man is dead after a sports utility vehicle slid off a logging road near Port Alberni early Friday and rolled several times down a 75-metre cliff, coming to rest in a river.
0
Nov 30, 2019 10:57 AM By: Cindy E. Harnett

A 24-year-old Port Alberni man is dead after a sports utility vehicle slid off a logging road near Port Alberni early Friday and rolled several times down a 75-metre cliff, coming to rest in a river. 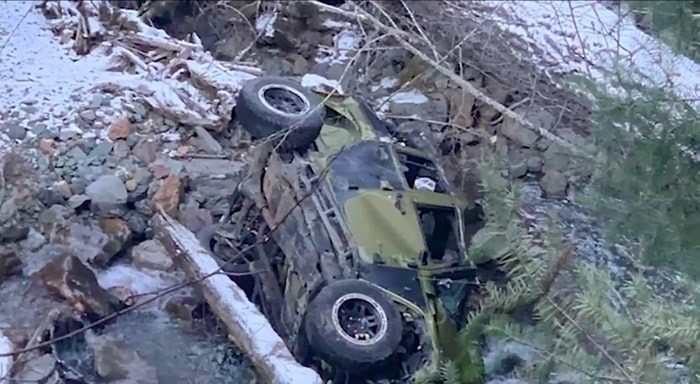 A vehicle that was carrying seven people lies on its side in a river bed after rolling down a steep embankment early Friday. Nov. 29, 2019. Photo: CHEK News

The SUV carrying seven people was travelling on Cameron Main logging road, off the Port Alberni Highway, after midnight when it left the road.

“The vehicle [rolled] over several times as it travelled down the approximate 250-foot cliff, eventually coming to rest in a river at the bottom of an embankment on its side,” said Port Alberni RCMP Const. Chris Manseau.

The vehicle was headed toward Mount Arrowsmith, the largest mountain on southern Vancouver Island. The crash occurred near Bainbridge Lake.

Four people had scrambled up the embankment by the time RCMP officers arrived.

Firefighters using ropes and a basket, and carrying medical gear, scaled down the embankment to reach those who hadn’t made it up the bank.

Two people were about 45 metres down the bank. They were treated for their injuries at the scene, then taken to West Coast General Hospital in Port Alberni, Manseau said. 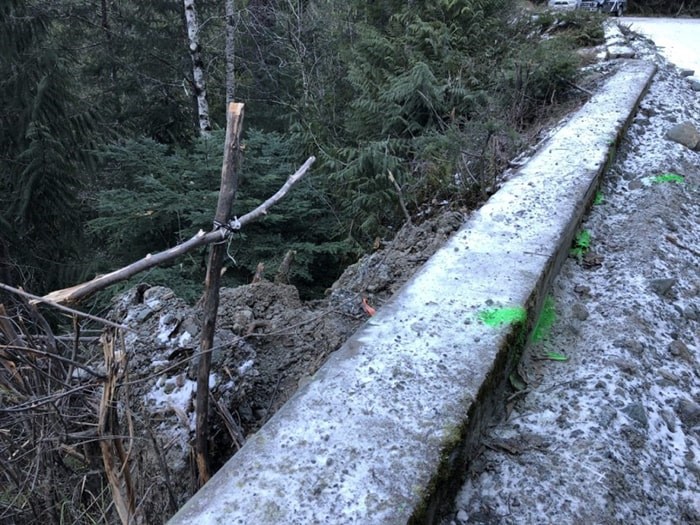 The scene of the crash where an SUV rolled down an embankment on Cameron Main logging road early on Friday, Nov. 29, 2019. Photo: CHEK News

The third person was farther down, in the water. He was taken to West Coast General Hospital, then flown by B.C. Air Ambulance to Victoria General Hospital. He later died of injuries suffered in the collision, Manseau said.

Patterson said overnight temperatures have been as low as -9°C, and firefighters indicated roads were slippery.

Logging roads can be rough, winding and narrow, bordered by forest, he said.

Officers from the Vancouver Island Integrated Collision Analysis and Reconstruction Service are investigating.

The driver of the SUV is co-operating with the police investigation, and “it appears alcohol was not a factor” in the crash, Manseau said.