Employment sinks in B.C. with 8,400 jobs lost in September 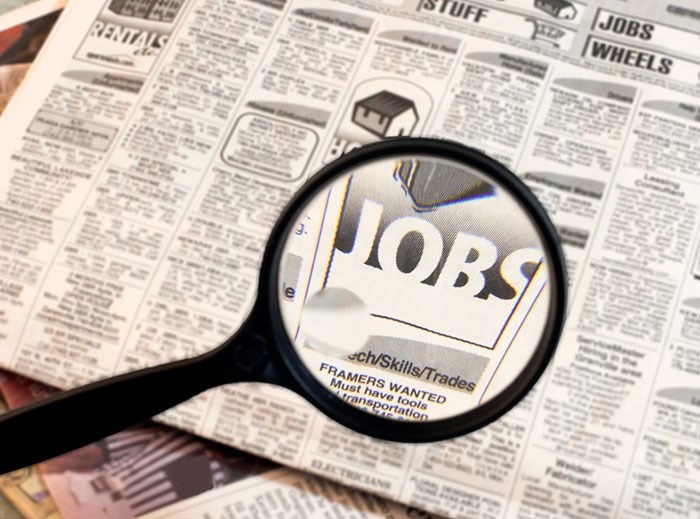 B.C.’s dominance in the labour market took a sizeable hit when closing out the summer, shedding 8,400 jobs between August and September.

Data released Friday (October 11) from Statistics Canada also reveals a big disparity between the province and the nation, with Canada as a whole adding 54,000 jobs last month.

Despite the overall losses in jobs, B.C.’s unemployment rate also fell 0.2 percentage points to 4.8% as potential job-seekers left the workforce.

The province’s unemployment rate now matches Quebec’s as the lowest in the country.

The biggest losses in B.C. were felt in the information, culture and recreation sectors (-15,000 jobs), while the province saw gains in transportation and warehousing (+6,100), and accommodation and food services (+3,100 jobs).

From a broader perspective, though, B.C. has posted gains of 33,400 jobs when September 2019 is compared with the September 2018 numbers.

“While you could find some blemishes if you dug hard enough (the drop in private-sector jobs made up for by self-employment), for all intents and purposes this was a great report, especially following last month's barnburner.”

BMO chief economist Douglas Porter said in a note that the healthy job market, combined with a rebounding housing sector, reduces the "already low odds" that the Bank of Canada will match recent cuts by the U.S. Federal Reserve.