The Lifesaving Society of BC is conducting a comprehensive safety audit of the Buntzen Lake swimming area in an effort to make the popular summer destination safer for swimmers.
0
Jul 20, 2019 6:35 AM By: Stefan Labbé

The Lifesaving Society of BC is conducting a comprehensive safety audit of the Buntzen Lake swimming area in an effort to make the popular summer destination safer for swimmers. 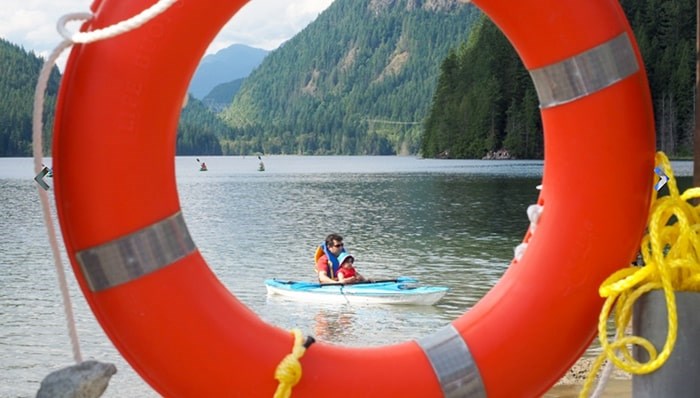 “We’re currently working on putting together a fulsome safety plan for the site that takes into account the recommendations in the Lifesaving Society of BC’s report,” said Tanya Fish, a spokesperson for BC Hydro, which owns and maintains the Buntzen Lake reservoir.

In an effort to warn beachgoers, Hydro installed several signs at the beach in June to warn swimmers of a steep underwater drop-off and the lack of an on-duty lifeguard.

New signage was installed in June, part of a safety audit that comes a year after two people drowned.

The company also plans on marking hazards such as sandbars and rocks around the swimming area and creating a designated swimming area on the south shore of the lake.

Every summer, Fish said, BC Hydro increases staff on site to patrol the beach and ensure public safety.

“Volunteers from the Lifesaving Society are also on site during peak hours on the weekends and stat holidays to educate swimmers and be another set of eyes on the ground,” Fish told The Tri-City News in an email, adding that Coquitlam RCMP also helps patrol on the weekends. 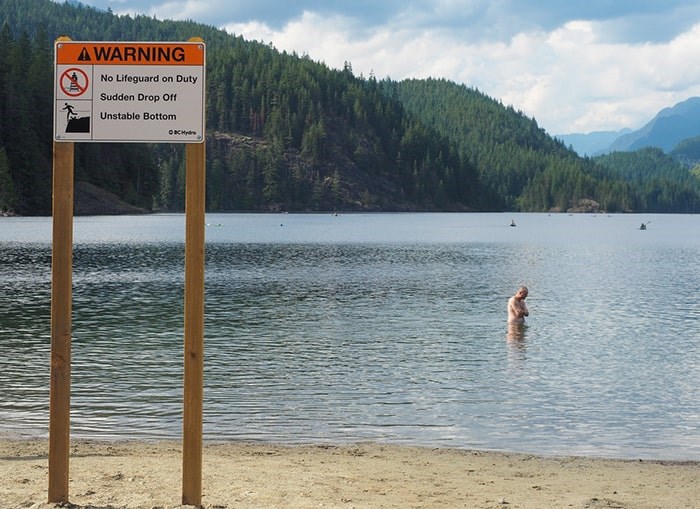 New signage was installed in June, part of a safety audit that comes a year after two people drowned at Buntzen Lake Photograph By Stefan Labbé

The increased scrutiny on swimmer safety at Buntzen comes a year after two people drowned along its south shore, including a 47-year-old Burnaby man who couldn’t swim and a 19-year-old man from Surrey whose body was found 100 metres offshore after he was seen using a novelty floaty rather than a certified personal floatation device to keep him afloat.

According to the Lifesaving Society, more than three quarters of people who drown every year in Canada are men. More than a third of victims succumb in lakes and ponds — more than any other water body — and more than two-thirds of drownings occur between May and September.

The Lifesaving Society is also auditing BC Hydro’s safety measures at Hayward Lake in Mission.