"The more you actually understand this virus, the more you begin to know that temperature-taking is not effective at all," said Canada's top doctor, Dr. Theresa Tam.
May 29, 2020 9:39 PM By: Elana Shepert 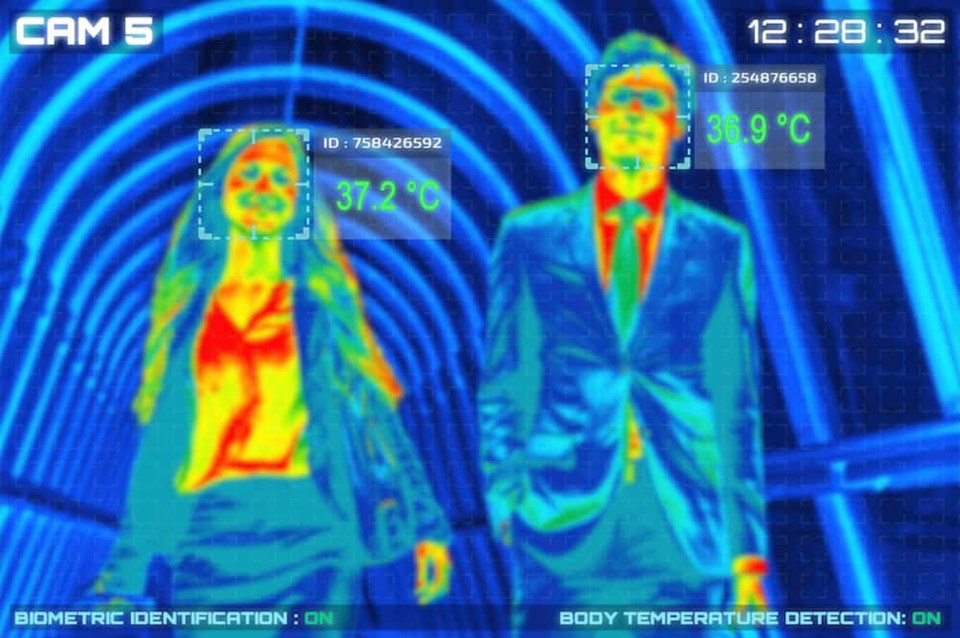 When travellers board Air Canada flights, they will have more than their tickets checked.

The airline includes the mandatory temperature checks as part of its new Air Canada CleanCare+ program - a comprehensive initiative it says is for personal safety and enhanced aircraft grooming to provide customers greater peace of mind during all stages of travel.

The new program is designed to reduce the risk of exposure to COVID-19 through such measures as mandatory pre-flight customer temperature checks, required health questionnaires, and seat assignment policies to allow for more personal space in Economy Class.

The new measures are in effect on all flights until June 30, but they may continue after that date.

But airlines aren't the only companies checking customer temperatures.

Some local businesses are taking temperatures because it reinforces and reminds people that if they have a temperature, a cough or a runny nose, they should stay home.

With this in mind, Dr. Theresa Tam, Canada's chief medical officer of health, says the checks aren't fail-proof because some who contract the virus are asymptomatic at first or never develop any signs of COVID-19.

"The more you actually understand this virus, the more you begin to know that temperature-taking is not effective at all," she said in a conference.

Further, Michael Bryant, the executive director and general counsel for the Canadian Civil Liberties Association, said some measures can be concerning because "you're giving store employees and airline employees a new power that they are exerting over other people to either deny them entry or even just simply to take their temperature."

B.C. resident Bill Friesen is also concerned with local businesses taking temperatures. As someone who lives with hypothyroidism, he says the practice could profile people who have high temperatures for a number of health reasons but don't have COVID-19.

"Particularly as someone who is immune-suppressed I understand well the issues we, and businesses, face today. I also live with hypothyroidism, which is basically a malfunction of the body's temperature control, among other things," Friesen writes to Vancouver is Awesome in an email.

Friesen says that checking temperatures may ultimately alienate people who suffer from a variety of health conditions. And while he won't enter a store that asks for his temperature, he says he's worried this practice will be normalized.

"It is harmful in labelling anyone that triggers their alarm [as] infected and dangerous. It would literally promote discrimination and maybe even run afoul of hate crime law for that reason," he adds.

"In this day and age, I can almost assure you someone in a store hearing the alarm will film it on a camera and publish it. Once out it can't be taken back and could have life-altering effects on the individual."

Friesen acknowledges that businesses are eager to reopen doors to the public, but feels that taking temperatures is not an effective way to gain the public's trust. On the other hand, he says that masks are an effective tool in preventing the spread of COVID-19.

For airline travel, Friesen feels temperatures should be checked. He remarks that air travel is a unique circumstance and that it is vital that airlines do whatever they can to screen and prevent the spread of the virus at this time.

Stephen A. Hoption Cann, PhD Clinical Professor at the University of British Columbia's School of Population & Public Health Faculty of Medicine, tells V.I.A. in an email that the technology may not actually catch many cases. However, he adds that it may dissuade sick people from venturing out.

"It is not likely to catch many cases," writes Hoption Cann. "While fever is a common symptom of COVID-19 infection, there are many individuals that only have mild symptoms and no fever, but can still pass on the illness to others; however, people with cold symptoms, who should quarantine at home, often go out and can potentially infect others.

"So even if thermal screening does not catch many individuals with COVID-19, it may discourage those who should quarantine from going out if they know that people are being screened."

Ann Cavoukian, former Information and Privacy Commissioner of Ontario, tells V.I.A. in a phone call that taking temperatures may not be an effective tool in screening people for COVID-19. Further, she is concerned about the information that companies will gather from individuals.

Cavoukian adds that there may be "false negatives and false positives," and also underscores that Canada's top doctor, Dr. Theresa Tam, says that the checks are not fail-proof. She also remarks that a thyroid condition routinely lowers the temperature, and says someone could have an elevated temperature for a multitude of reasons.

In regard to personal data, Cavoukian notes that there must be a sunset clause in effect for companies that record temperatures. In other words, all personal data must be terminated by a fixed date unless it is extended by law. Otherwise, she fears that this information could be stored and possibly used against people. For example, individuals who are looking for employment may not be hired if they were recorded entering a business with a fever - even if they did not have COVID-19.

To ensure data is terminated, Cavoukian says there should be an audit after the fixed date passes.

While the World Health Organization states that thermal scanners are effective in detecting people who have a fever, it underscores that they cannot detect people who are infected with COVID-19.

The organization adds that there are, "many causes for a fever."