The lawsuit was launched by a B.C. man who alleged he was misled by marketing suggesting the soda had medicinal benefits. A B.C.
Oct 30, 2020 7:16 AM By: Canadian Press 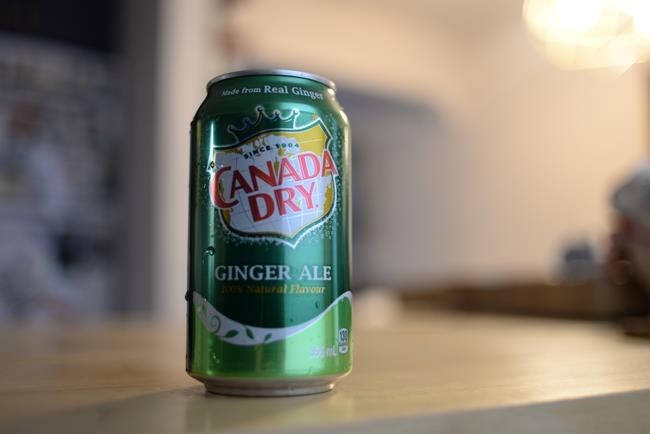 VANCOUVER — The maker of Canada Dry ginger ale has agreed to pay more than $200,000 to settle a class-action lawsuit launched by a B.C. man who alleged he was misled by marketing suggesting the soda had medicinal benefits.

A B.C. Supreme Court decision on costs released Monday shows Victor Cardoso claimed he bought Canada Dry on the basis it was "made from real ginger" but the marketing was false and it contained none.

The decision says Cardoso later conceded that the soda contains small amounts of ginger derivatives but he continued to allege that the company's representations of its product were false.

The soda's maker, Canada Dry Mott's Inc., denied the allegations and any liability.

Under the settlement agreement, the company is not required to change its labelling or advertising for products marketed in Canada.

The settlement was approved in March for Canadians outside Quebec requiring that the company pay $200,000, which includes legal costs, plus $18,607 in other legal expenses.

The agreement means the remainder of the money will be paid to class members by way of a donation to the B.C. Law Foundation. The two lead plaintiffs receive $1,500 each.

Cardoso had argued Canada Dry advertised its product as being made from real ginger "in an effort to capitalize on the health benefits associated with the consumption of ginger."

He said he purchased the ginger ale regularly for his family believing it was "natural."

The class-action followed similar lawsuits in the United States, which saw the company drop the "made from real ginger" line from its products sold there.

This report by The Canadian Press was first published Oct. 29, 2020.