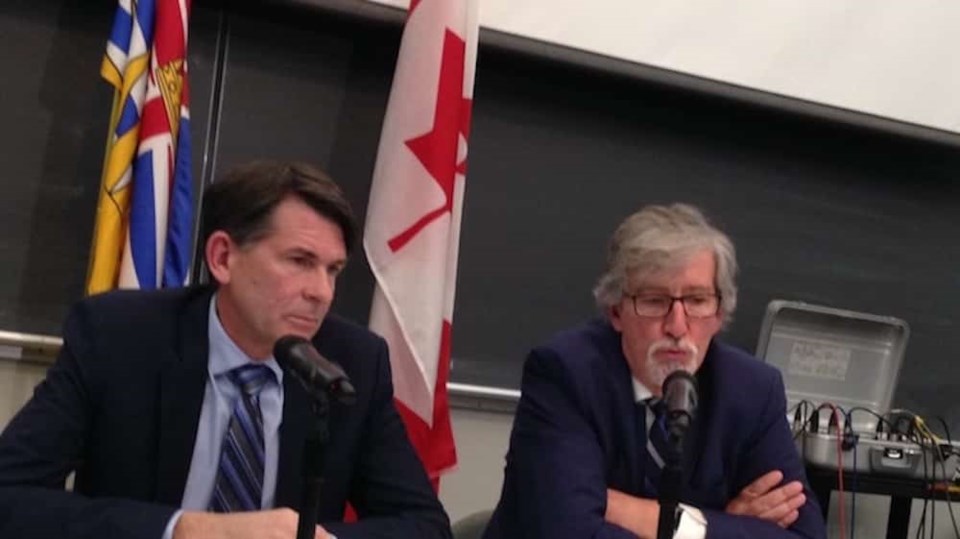 B.C.’s provincial parties all worked with either election-influencer AggregateIQ Data Services Ltd. (AIQ) or with Facebook in analyzing voter data.

This information has been confirmed in some cases by privacy reports and in other cases by the parties themselves.

The information has gelled after federal and provincial privacy commissioners Daniel Therrien and Michael McEvoy said Nov. 26 that the Victoria-based data-gathering company not only gave B.C. political parties voters’ personal data but also may have influenced Europe’s Brexit vote and the 2016 U.S. presidential election, as it gave far more such data to foreign clients.

As such, AIQ failed in its Canadian privacy law obligations when it used and disclosed millions of voters’ personal information in B.C., the U.S. and the U.K., the commissioners said.

The largest municipal parties in B.C. are Vancouver’s Vision Vancouver and the Non-Partisan Association (NPA).

Vision external co-chair Aaron Leung said, “Vision Vancouver has had no interactions with AggregateIQ over the past decade,”

Requests to the NPA were referred to new president David Mawhinney. He has not responded.

The NPA is currently mired in controversy after the election of right-wing officers and the decision of Coun. Rebecca Bligh to sit as an independent citing what she called intolerance in the party.

B.C.’s Greens have been open about past use of AIQ’s services.

Personal information that was shared by the Greens with AIQ included contact information, support activities (such as petitions signed), donation history and contact history, Jonsson said, adding the data was destroyed at the end of the working relationship.

B.C.’s Liberals as a party did not retain AIQ’s services, but three candidates worked with the company in the 2017 provincial election, party director of communications Deanie Wong said.

Those candidates were Doug Clovechok in Columbia River-Revelstoke, Mike de Jong in Abbotsford West, Todd Stone in Kamloops-South Thompson and David Calder in Saanich South. Only Calder lost in the election.

McEvoy said in a February report that the NDP collected personal information of 40,000 people from Twitter, LinkedIn and Facebook. The party did tell McEvoy it was a one-time “historic” collection and it no longer does it.

“The BC NDP stated the information was collected by a one-time web-scrape,” McEvoy said.

The governing BC NDP was the worst offender, giving Facebook voters’ names, phone numbers, cities of residence and dates of birth, while the BC Liberals have uploaded only financial donor lists to the global social media site, Michael McEvoy’s report said.

The party has not responded to questions about its use of the data.

However, said party director Raj Sihota, “The BC NDP has never worked with Aggregate IQ.“

The Green’s Jonsson, however, said, “We used lookalike audiences, though we stopped using this feature when the Information and Privacy Commissioner's report was published.”

“We are not planning on looking into anything raised by the report at this time,” Watson said.