B.C. may change its laws to allow licensed cannabis producers to sell seedlings, and other products, directly to consumers.
Aug 2, 2019 6:12 PM By: Glen Korstrom 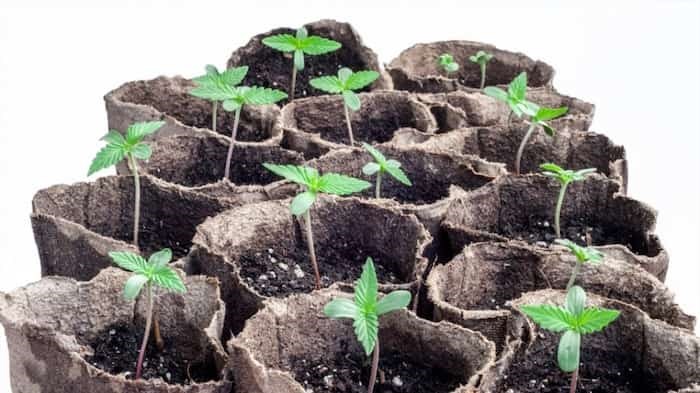 Cannabis seedlings grow from seeds while other small plants that may be for sale in the future could be clones, which are usually grown from clippings | Bondgrunge / Shutterstock

B.C. may change its laws to allow licensed cannabis producers to sell seedlings, and other products, directly to consumers, Minister of Public Safety and Solicitor General Mike Farnworth told Business in Vancouver in an exclusive interview.

Newfoundland and Saskatchewan allow residents to buy cannabis seedlings and Ontario is in the process of creating a distribution system.

Currently, however, medical-cannabis patients are the only B.C. residents eligible under federal law to buy seedlings directly, by mail, from licensed producers (LPs).

Victoria has prohibited those producers from getting the retail licences needed to sell directly to the general public.

“There is probably no reason why we wouldn’t be able to do that in the future,” Farnworth said.

He said it is “a possibility” that his government will change its Cannabis Distribution Act to allow LPs to sell seedlings and plant clippings, also known as clones, direct to non-medical consumers. This would also theoretically include clones grown from genetic material in a lab.

Okanagan’s Klonetics Plant Science Inc., for example, has an application in the queue at Health Canada to get a nursery licence, and its plan is to build out a laboratory, where it will clone cannabis species using cells and tissue culture in the laboratory, instead of using traditional cloning methods.

Regardless, as part of that potential future change, Farnworth said, the government may also legalize farm-gate sales, which would involve LPs selling seedlings along with dried cannabis, oils and other cannabis products to the general public at a store attached to their production facilities.

This excites executives such as Rubicon Organics Inc. (CNSE:ROMJ) CEO Jesse McConnell, who would like his LP to be able to sell seedlings and other products directly from its 125,000-square-foot greenhouse in Delta. 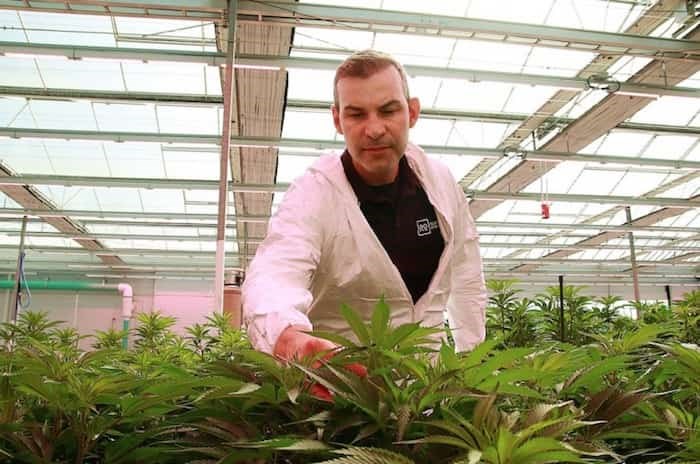 The seedlings, however, would be widely available cannabis strains and not proprietary genetic variants.

“Certain genetics would still be pretty closely guarded,” he said. “You spend a lot of time building up genetic profiles, and going through breeding programs and trying to get that strain that is perfect for a certain type of consumer. So I don’t think we’ll see a lot of LPs wanting to sell their ‘elite genetics.’”

Whenever that change comes, it could usher in an era when licensed producers provide tours of their facilities in a way similar to wineries. Visitors could then finish tours by buying T-shirts and cannabis as mementos. Essentially, it could be a boon to the province's tourism sector.

Farnworth would not, however, commit to making the change in the less than two years remaining in his government’s mandate.

As a result, local gardeners who want to grow their own cannabis will be forced to use the more challenging hit-and-miss method of buying and planting cannabis seeds, which takes longer and has a greater chance of failure.

Vancouver cannabis retailer and Evergreen Cannabis Society owner Mike Babins told BIV that seed sales have been slow – with about one package of four seeds selling each week after a big spike in sales around the Victoria Day long weekend.

The $60 price tag for one package of cannabis seeds may sound steep – vegetable seeds at nurseries go for a few bucks a pop – but Babins said that each cannabis seed has the potential to yield four ounces of cannabis. 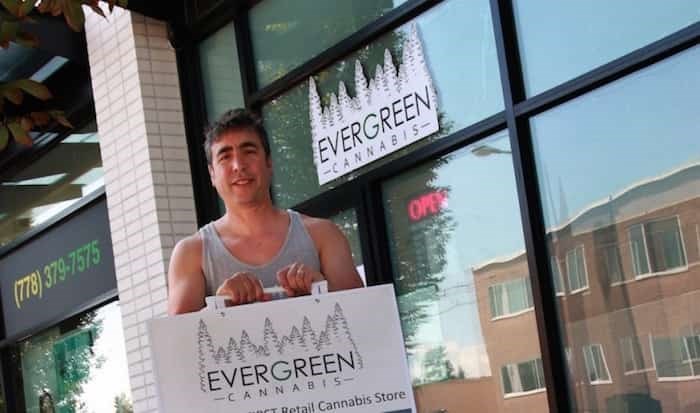 “Regular gardeners are trying seeds as a novelty. It’s helping our sales because when people see how hard it is to grow the stuff, they are a lot more impressed with the quality of our cannabis.”

Babins said that were he able to sell seedlings, he would likely take advance orders and require customers to pick up the plants the day that they are delivered in order to reduce odor and keep the products fresh.

British Columbia Liquor Distribution Branch (BCLDB) executives have been dragging their heels on developing a system to distribute seedlings to retail stores.

The branch “is not equipped to receive, store or ship clones [or seedlings], as they require significant resources and care to ensure product quality for the end customer,” BCLDB spokeswoman Viviana Zanocco told BIV in an email. “There would have to be additional distribution channels for these products.”

Ontario issued a call for licensed cannabis producers to identify their ability to provide seedlings, but it has not yet said whether it will use a public or private distribution system when it starts selling them.

“If existing cultivators in the illicit legacy market across B.C. could sell cannabis directly to customers without the added bureaucracy that is the LDB, they would perhaps be more motivated and willing to apply for micro-cultivation and/or processing licences.” •

(In a related story from the same exclusive interview with Business in Vancouver, Solicitor General Mike Farnworth said that he has spoken with the federal officials about black-market cannabis e-commerce sales, and that police stings are possible.  To read that story, click here.)