Photo Shutterstock The BC SPCA constables are investigating further allegations of animal cruelty at chicken-catching firm Elite Farm Services in Chilliwack and at Jaedel Enterprises' operations in Abbotsford.
0
Jun 26, 2018 2:23 PM By: Melissa Shaw 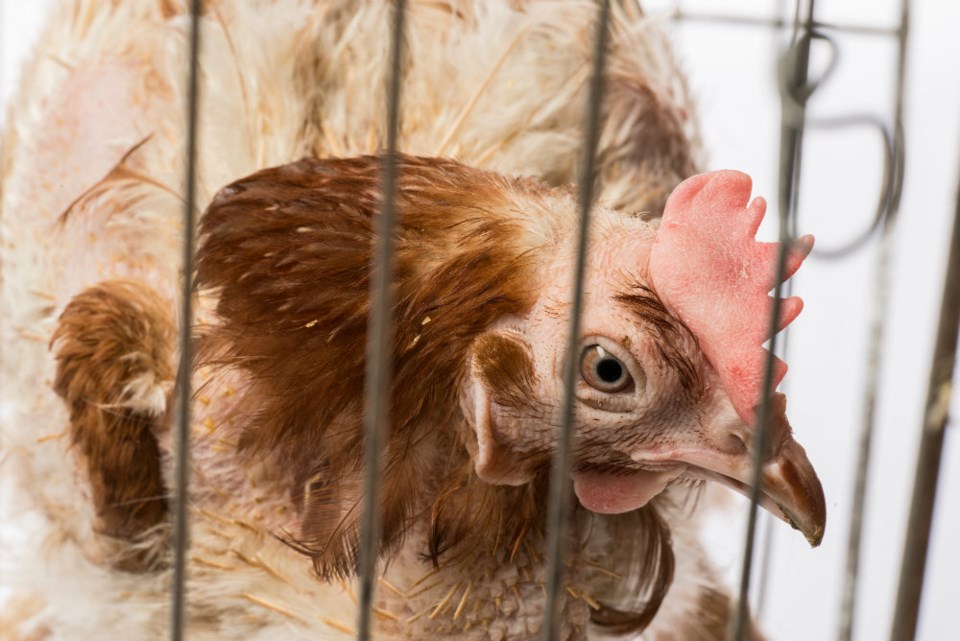 The BC SPCA constables are investigating further allegations of animal cruelty at chicken-catching firm Elite Farm Services in Chilliwack and at Jaedel Enterprises' operations in Abbotsford.

The investigation was prompted by footage captured by a former undercover investigator with Mercy for Animals Jeff Rigear and shared with People for the Ethical Treatment of Animals (PETA).

Rigear says the footage documents horrific conditions at three egg farms in Abbotsford including "hens dead and dying, left to drown in their own excrement."

"The sad thing is when you commodify an animal the financial incentives work against the well-being of the animal," he says. "This is an industry that survives by keeping consumers in the dark. These are windowless warehouses where the public never gets to see what's happening."

Undercover footage captured by a Mercy for Animals volunteer last year prompted the BC SPCA to investigate Elite Farm Services. Six employees were fired and animal cruelty charges were recommended but the BC SPCA is still waiting to hear if the Crown plans to approve the charges.

The animal welfare organization claims that the industry has ignored recommendations to incorporate the codes of practice for poultry into the Prevention of Cruelty to Animals Act. In other words, to take care and handling guidelines developed by the National Farm Care Council and put them into law.

“It is extremely disappointing that we are investigating another situation where chickens have allegedly suffered as a result of what appears to be a blatant disregard to adherence of the industry’s own agreed-upon standards of care," says Marcie Moriarty, chief prevention and enforcement officer for the BC SPCA in a press release.

The Egg Farmers of Canada says it has zero-tolerance for animal abuse. The group's spokesman Roger Pelissero says it has launched third-party audits of the farms and is holding eggs from the facilities until the investigations are complete, according to The Canadian Press.

“We are concerned at this undue delay and any potential impact it might have on a successful prosecution proceeding. There would no doubt be considerable public outrage if the alleged perpetrators of these extreme acts of cruelty were not brought to justice,” the letter reads.

A Mercy for Animals undercover video highlighted the abuse of dairy cows in Chilliwack three years ago. The BC SPCA says their investigation resulted in charges of animal cruelty against the individuals and company involved plus prompted changes within the industry.

“In that case the BC SPCA also worked with the provincial government to have the Code of Practice for Dairy Cattle adopted into a new regulation, so that the “generally accepted practices” outlined in the code became clearly entrenched in the law,” says Moriarty. “We had hoped to see the same support by the chicken industry.”

The BC SPCA says if the companies and individuals involved in this latest investigation are charged and convicted they face a fine of up to $75,000, a maximum of five years in jail and a lifetime ban on being around animals.