Here’s how you can help those affected by B.C.’s wildfires

The Goode’s Creek wildfire in the Okanagan as seen in late July. Photograph By ISTOCK Fundraisers are popping up, businesses are stepping up and musicians are lining up to help our neighbours affected by this summer’s wildfires.
0
Aug 22, 2018 4:19 PM By: John Kurucz 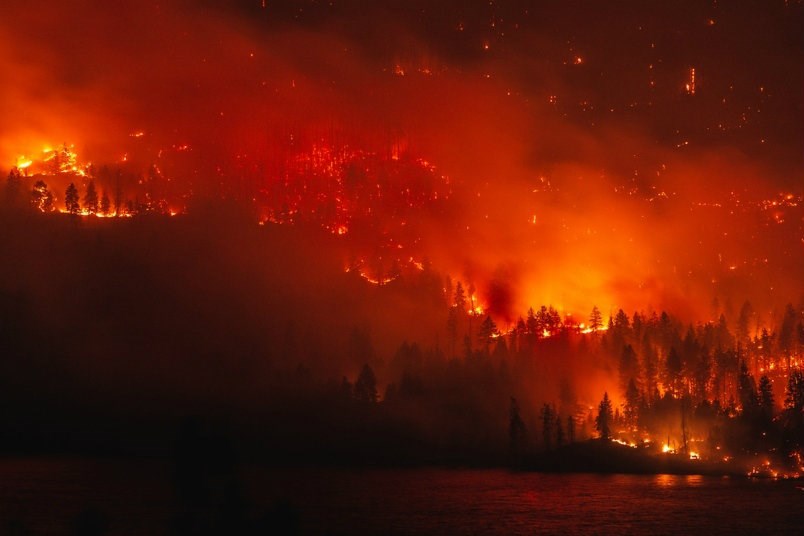 The Goode’s Creek wildfire in the Okanagan as seen in late July. Photograph By ISTOCK

Fundraisers are popping up, businesses are stepping up and musicians are lining up to help our neighbours affected by this summer’s wildfires.

The Rickshaw Theatre is hosting a gig on Saturday, Aug. 25, including rock and punks acts Cobra Ramone, The Getmines, Kownterpoint and the Carbons.

Proceeds will be donated to the Canadian Red Cross and the same show last year raised $1,500.

“We, as B.C. residents, have a responsibility to do whatever we can to take care of BC and help those who are affected by this reoccurring tragedy,” show promoter Soul City Music Production wrote on Facebook.

Tickets cost $12 and are available online at Ticketfly or at the door.

Meanwhile, those who have been forced to evacuate from fire-affected areas get 50 per cent off accommodation rates at a dozen Coast Hotels across the province, including the Coast Coal Harbour Hotel in downtown.

Other hotels where the deal applies are spread throughout the Fraser Valley, Vancouver Island and into the Yukon and Alberta.

The list of hotels offering the Evacuee Rate can be found online at www.coasthotels.com/bc-fires-disaster-rate and reservations can be made by calling 1-800-716-6199.

Displaced livestock are also getting some love from the interwebs in the form of a GoFundMe campaign set up on Tuesday.

A $5,000 benchmark has been established to help feed evacuated livestock in the northwestern corner of the province, and additional funds will be given to landowners who have temporarily taken displaced animals in.

Grain, pellets and hay are in short supply up north, and outside of buying the supplies, some of the money raised will help get those supplies into the mouths of chickens, horses, cows, sheep and more.

The GoFundMe page is online at HERE.

The SPCA has set up a command centre in Prince George and is need of the following:

Cash donations are also being accepted and tax receipts will be provided.

Donate to the Canadian Red Cross

The money will be applied to help in the here and now, long-term recovery and preparedness for future fire events.

The provincial government will match donations from B.C. residents up to $20 million until Oct. 12.

Info is online at www.redcross.ca.

— This list will be periodically updated. Send fundraiser details to jkurucz@vancourier.com