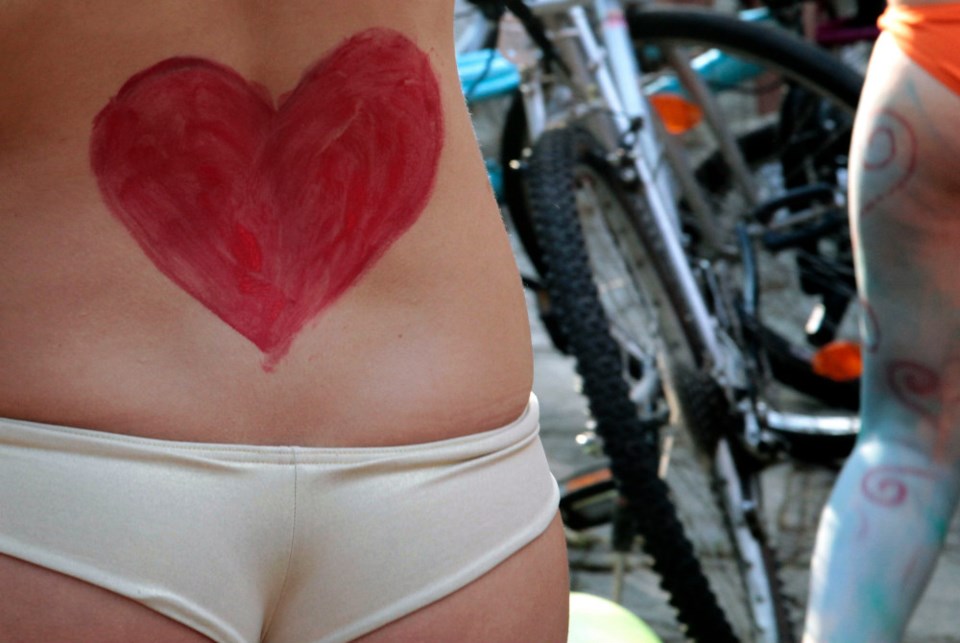 There's a crazy scientist with advanced sex toys, time traveling alien sex and the story of a sentient neglected bicycle that hires a private eye to investigate their human's sexual behaviour. One film follows humans cycling through a post-apocalyptic wasteland to find each other in a time when most humans have decided to live inside computers.

Bike Smut was founded in Portland, Oregon in 2007 by Phil Sano also known as Reverend Phil, who championed Portland's World Naked Bike Ride and was ordained as minister at the Universal Life Church in 1996.

There have been 18 Bike Smut tours in North America and the festival last traveled to Vancouver in 2016.

Sano says the film festival can help people address their insecurities by watching different types of people expressing their individual mobility and sexuality. "How you choose to move and how you choose to fuck is perfectly natural and you shouldn't feel insecure because you can't achieve the Hollywood body or you don't have an expensive vehicle. You're probably fine the way you are."

"It feels very epic and I'm really excited to be able to share that with Vancouver because this is the last time that we're going to go to Canada," Sano says. "It represents the cumulation of so many miles and being able to share brilliantly provocative art with some really lovely people."

Bike Smut continues as the centerpiece in the world's largest sex museum, in the form of a two-storey sex-bike which Sano and museum staff built.

There are no DVDs of the films screened because the festival is meant to share ideas, promote better communication and better sex.