Make sure to secure your bike with a strong lock in Richmond’s City Centre—that’s the neighbourhood where bike thefts are most concentrated in the city.

Cpl. Dennis Hwang with Richmond RCMP confirmed data from Richmond’s crime map that suggested bikes are more likely to be stolen from the downtown core. 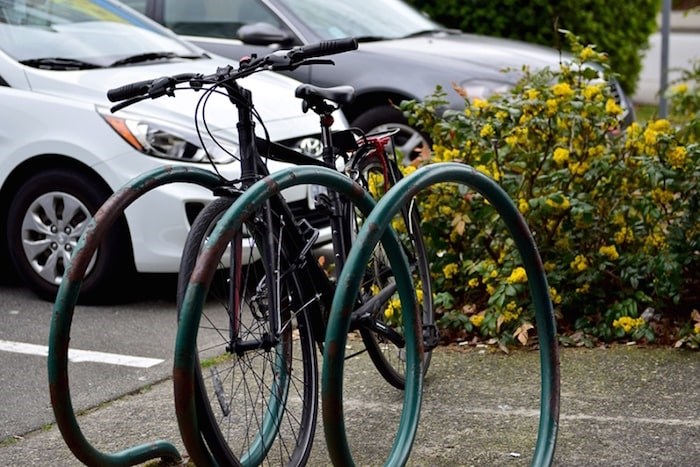 Bikes are generally more likely to be stolen in Richmond’s downtown core, according to property crime data. Photo by Megan Devlin

“But bike thefts can happen anywhere,” he said.

Richmond RCMP try to recover stolen bikes when they can. The force runs undercover operations on sites like Craigslist and Facebook Market Place to find them.

Suspects typically steal multiple bikes, Dennis said, and police have been working with the BC Prosecution Service to link certain bikes to certain suspects. 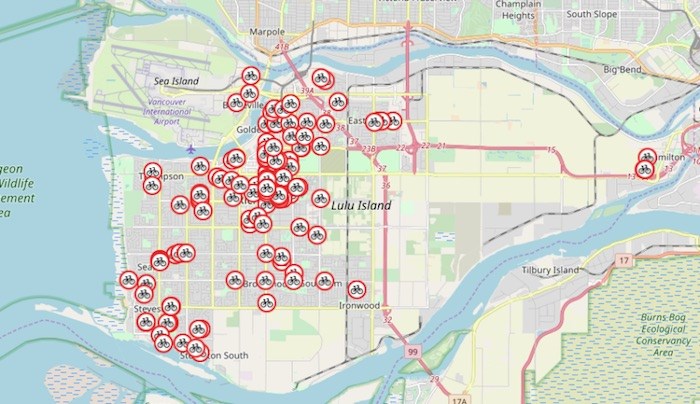 There were 142 reported bike thefts in Richmond in 2018, according to the city’s property crime map.

“If those suspects are caught with a different bike that is not registered to them, they can be found in breach of their conditions. This is something very new and we are seeing positive progress in this field.”

Overall, reported bike thefts seem to be trending downward, Hwang said, and attributed that to more people registering their bikes and securing them well.

Hwang encouraged Richmondites to register their bikes with Garage 529, a database used by hundreds of police departments.

He also advised cyclists to avoid cable locks altogether, since they can be cut in a matter of seconds. 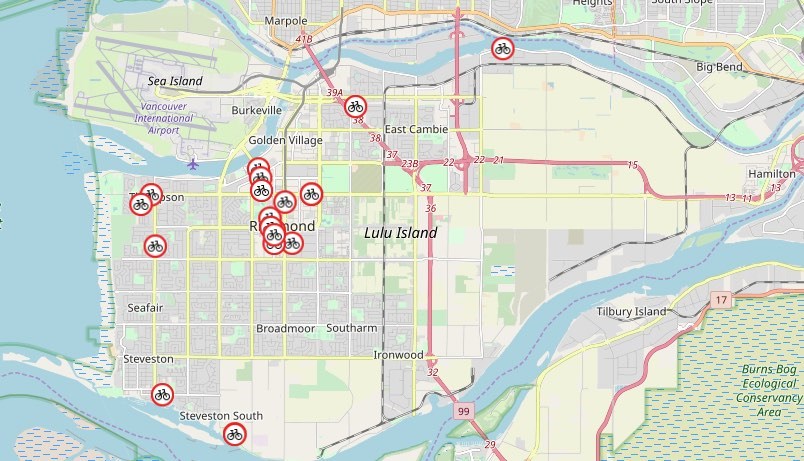 Bike thefts from January 2019 to March 2019, according to Richmond’s interactive property crime map.

“Use a strong U-lock,” he said. “Although they are heavy and more expensive, they are the only devices that provide any protection.”

No lock is invincible, though, Hwang added.