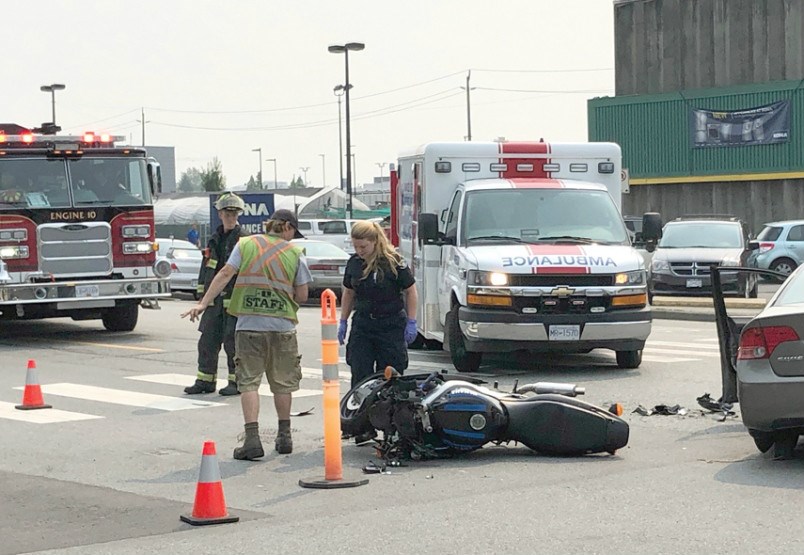 North Vancouver RCMP have ticketed a motorcyclist for riding with undue care and attention after he crashed into a car on West First Street.

The incident happened just after noon Monday. Police took a number of witness statements but surveillance video from a nearby business left no doubt as to what happened.

The westbound Surrey man in his mid-20s tried to deke around a driver turning right onto Hanes Avenue, plowing into another driver attempting to turn left onto First.

“(The video) showed him trying to cross on a double solid and swerve around cars,” said Cpl. Richard De Jong. “When traffic is stopped, you should stop with it.”

The impact was enough to trigger the car’s airbags but the motorcycle rider himself got away with only minor injuries. He was taken to Lions Gate Hospital as a precaution.

In addition to the wrecked bike and bruises and road rash, the rider received a $368 fine.