Here is what the new $1.4 billion Pattullo Bridge will look like (RENDERINGS)

Bridge construction will take approximately three and a half years, including building the foundation, piers, and bridge deck.
Jun 1, 2020 2:14 PM By: Elana Shepert 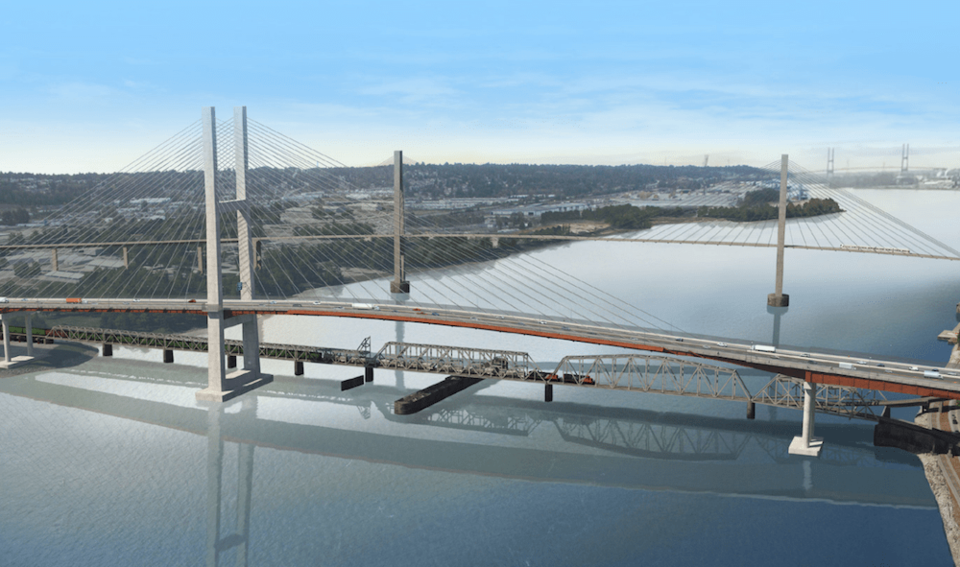 The Pattullo Bridge Replacement Project is moving forward and the Government of British Columbia has unveiled some of the latest renderings for the new bridge.

Slated for completion in 2023, construction on the $1.377 billion dollar project is scheduled to begin in the fall. The existing bridge will remain in use until the new bridge is open to traffic. Once the new bridge opens, the old one will be removed.

Bridge construction will take approximately three and a half years, including building the foundation, piers, and bridge deck.

The new bridge will have wider lanes that are separated by a centre median barrier, which will allow for a safer crossing. Currently, the bridge's lanes are very narrow and the bridge requires closures at night for safety.

For pedestrians, the bridge currently only has one narrow sidewalk with no protection from traffic. The new bridge will have dedicated walking and cycling paths, which will also be separated from traffic by a barrier on both sides of the bridge. 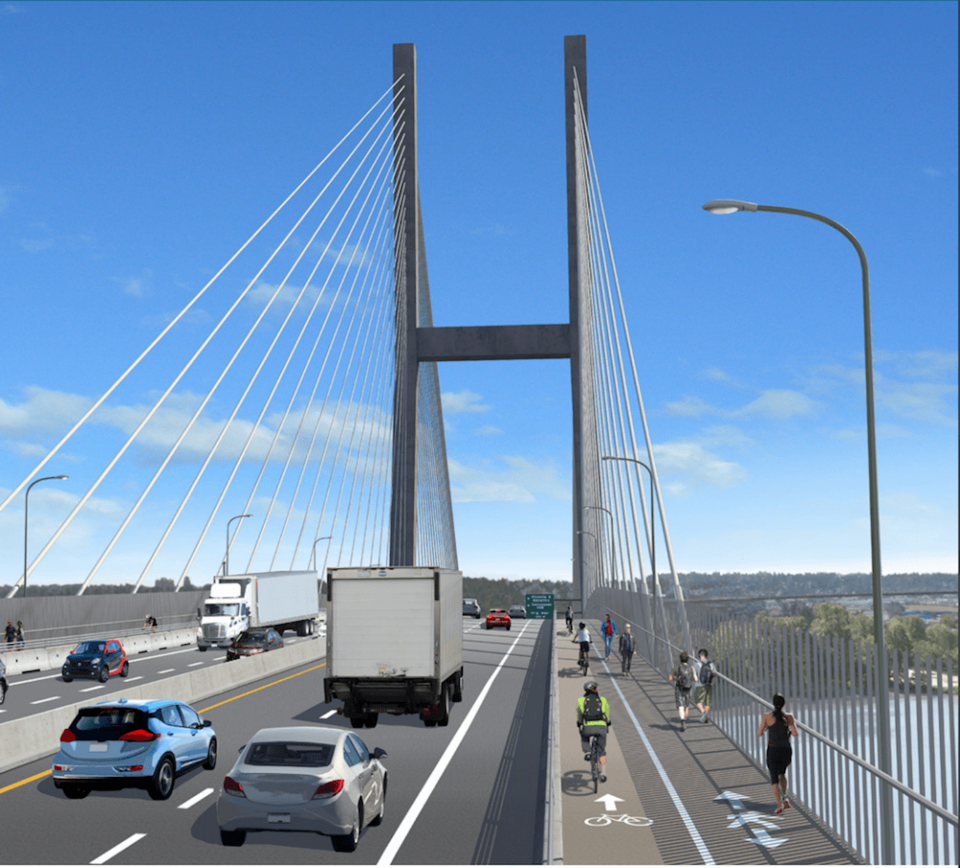 The new bridge design includes two in-river piers, which is reduced from the six the current bridge has in the river. Project authors note that this will reduce the "in-river footprint" with fewer direct impacts on the aquatic habitat.

Many urban design features are being incorporated into the project, including boulevards, landscaping, street furniture, and wayfinding.

The new bridge will continue to connect directly to King George Boulevard, and a new off-ramp will connect the bridge to westbound Highway 17. Improved walking and cycling paths will connect to the bridge and existing greenways.

Photo: Government of British Columbia
Highway 17 will be grade-separated over Old Yale Road, improving traffic flow on Highway 17. A new multi-use path will provide dedicated space for pedestrians and cyclists and will connect to the Scott Greenway and the new bridge 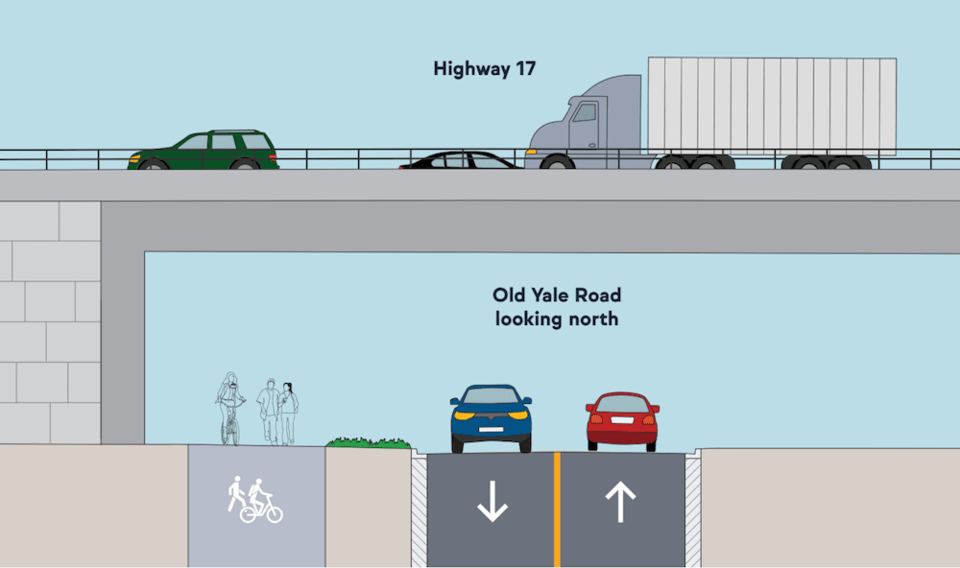 In fall 2020, construction will begin on the main tower and in-river pier. This includes in-river foundation work, which requires pile driving. Crews will also build temporarily-fixed access platforms for marine construction. Barges will also be used to bring materials to the site.

Bridge construction will take approximately three and a half years, including building the foundation, piers, and bridge deck. Photo: Government of British Columbia

Claire Trevena, Minister of Transportation and Infrastructure, said the Pattullo Bridge is a crucial piece of infrastructure for the Lower Mainland and for the provincial trade network.

“The new bridge will have wider lanes, allowing for trucks and vehicles to share the road in a much safer way. It will be a welcome break from the tight squeeze that is already there,” she said.

Trevena said the bridge is being built within an area of “tremendous importance” to Indigenous groups and the province is committed to working together in the next phase of this project. She said every worker on the project will complete Indigenous culture training, as reconciliation is at the heart of the province’s work.

The replacement for the aging Pattullo Bridge has been in the works for years. When a six-lane bridge was being contemplated in 2014, members of city council visited other Lower Mainland councils to garner support for a four-lane design.

Find out more information about the project HERE.

In the meantime, TransLink has shared a video of the new early seismic warning and wind monitoring system that was installed on the Pattullo Bridge.

- With files from the New Westminster Record.