A young man serving the weekend in jail in Coquitlam received a birthday cake and card from a Staff Sergeant in charge of front line patrol.
Jul 16, 2019 12:40 PM By: Elana Shepert 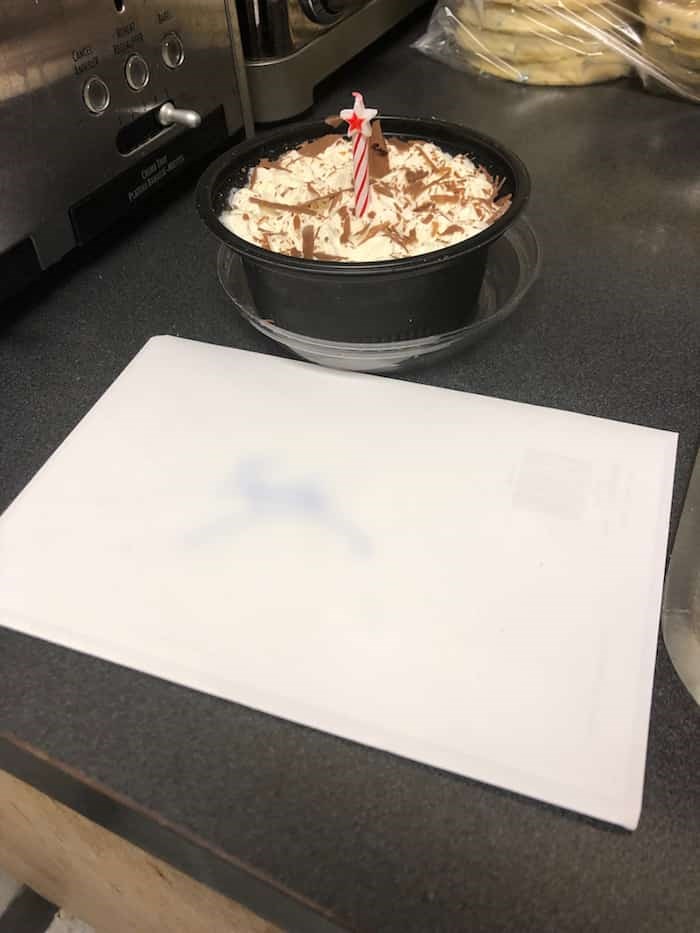 A young man serving the weekend in jail in Coquitlam received a birthday cake and card from a staff sergeant in charge of front line patrol.

The young man, who has a significant history with police, was greeted by Staff Sergeant Paul Vadik in his cell just after midnight on Sunday, July 14, which was the day he turned 15. Vadik had seen him numerous times throughout the weekend, and spoke to him about making better life choices and overcoming his personal challenges.

"This kid’s had a lot of struggle in his young life but kindness matters. Hopefully my big-brother-type talks with him will resonate," said Staff Sergeant Vadik.

"He was turning 15 overnight, so I went and bought him a cake and a card. It was important to let him know that somebody cared."

The gift went over really well and when the young man was released he was given the Staff Sergeant’s contact information.

"Obviously this isn’t something we can do for everyone, but I want young people to understand that police aren’t their enemies,"says Staff Sergeant Vadik. "Any time that young guy wants to turn his life around, I’ll be ready."

Vancouver Is Awesome spoke to Corporal Michael McLaughlin, Media Relations Officer, Coquitlam RCMP, about what made this gesture stand out for the RCMP.

"I've never seen anything like this throughout my career," said McLaughlin. "Staff Sergeant Vadik has a great deal of responsibilities when he's on duty, but he made a special effort for this young man."

McLaughlin noted that a young teenager will find a weekend in jail extremely boring and frustrating - especially on his birthday. Having someone take the time to speak with him and take an interest in his situation could have a tremendous impact on him.

"You never know what his situation is, or exactly what a stranger's words will mean to him. Sometimes parents and family try and try but it takes an outsider's experience or words to resonate. Also, it is important that people realize that police are not the enemy - if we never see you again then we are happy - we want people to overcome adversity."

"Vadik purchased the cake and card with his own money and wrote an inspirational message inside of the card, too. He recognized that he'd made a connection with the young man and wanted him to know someone on his side."

"It is important to know that someone cares."