A North Vancouver bodybuilder has been fined just under $140,000 and placed under house arrest for four months as part of his sentencing in a steroids trafficking case.
Oct 30, 2019 10:03 AM By: Jane Seyd 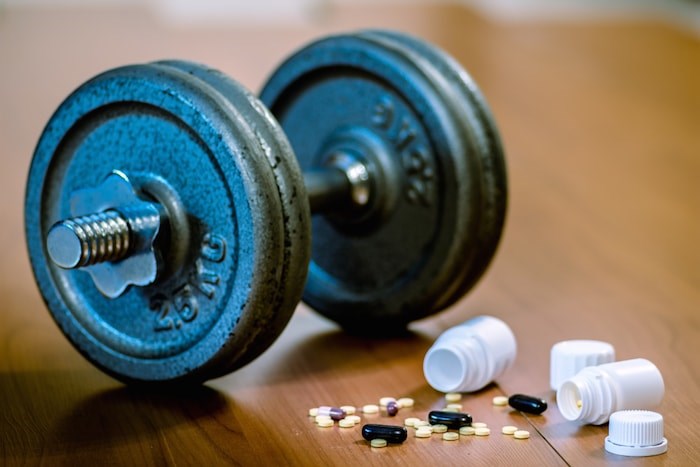 A North Vancouver bodybuilder has been fined just under $140,000 and placed under house arrest for four months as part of an 18-month conditional sentence after pleading guilty to producing and possessing anabolic steroids for the purpose of trafficking the drugs, and smuggling the steroids in Canada.

Gordon Patrick Nelson, 35, was handed the sentence in North Vancouver provincial court Oct. 8 after pleading guilty to the offences Sept. 4.

Nelson was charged after simultaneous raids on his apartment, a North Vancouver warehouse and rented storage locker in August 2016 turned up quantities of both raw and finished forms of anabolic steroids in powdered, liquid and pill form, according to an agreed statement of facts entered in the case.

Also seized in the raid were two pill presses, a powder mixing machine, packaging materials with the brand name Genomax, and various lab supplies including scales, dyes, vials and fillers, according to the agreed statement.

Authorities also seized approximately $140,000 in cash, most of it stashed in the bottom of a watch box and another box in a bedroom dresser, according to court documents.

Search warrants were also executed on Nelson’s cell phone, which revealed text messages with steroid orders and delivery details, as well as emails about payment with steroid suppliers in China.

Score sheets seized from Nelson’s home recorded gross sales of $456,000 between April 2015 and August 2016, according to the agreed statement of facts.

Nelson, who also used the aliases Jason James and Chris Anderson, had previously come to the attention of Canada Border Services in January 2015 when officers examined a package at the Vancouver International Mail Centre mailed to one of Nelson’s aliases declared as containing “glass glue.” That package contained steroids, according to the agreed statement of facts.

Another package shipped from Hong Kong contained steroids hidden in bags of supposed instant coconut powder, according to court documents.

In September 2015, Nelson bought 25 kilograms of steroids plus prescription Viagra for just under US$48,000 by wire transfer, shipping it in barrels labeled “calcium carbonate” through Delta Port, according to the agreed statement of facts.

Nelson paid another US$39,000 for a similar shipment in May 2016 that was delivered to his North Vancouver warehouse.

Between 2015 and 2016, Nelson transferred $40,000 through MoneyGram to China to buy steroids, according to court documents, and he received $141,000 via electronic money transfers into his bank account.

Nelson first turned to bodybuilding as a young adult, after being bullied while he was growing up in Sechelt, said defence lawyer Cait Fleck.

He started entering bodybuilding competitions and “he was number one in Canada in his weight class on three separate occasions,” she said.

He later started selling steroids to fellow bodybuilders who were his “base clientele,” she said.

Fleck added that while Nelson still goes to the gym, he has weaned himself off steroids and has stepped back from competing.

He has expressed “deep regret for his behaviour,” she said.

In handing down his sentence, Judge James Sutherland described Nelson’s operation as “sophisticated enough and sizable enough it had its own brand. The motive was profit,” he added.

Nelson was handed house arrest for the first four months of his conditional sentence, with exceptions for business meetings, attending a local gym, dog walking, medical appointments and a four-hour block each week for personal errands approved in advance. While under house arrest, Nelson is banned from alcohol and all drugs except those prescribed to him.

For the next eight months, Nelson must obey a curfew between 10 p.m. and 7 a.m.