A man in his 20s has been arrested after he allegedly drove across the border into Canada from the United States without stopping.
0
Sep 16, 2018 8:29 AM By: Vancouver Courier

A man in his 20s has been arrested after he allegedly drove across the border into Canada from the United States without stopping.

The man allegedly drove his blue pick-up truck, with Oregon licence plates, through the border at high speed just after 8 a.m. on Saturday. 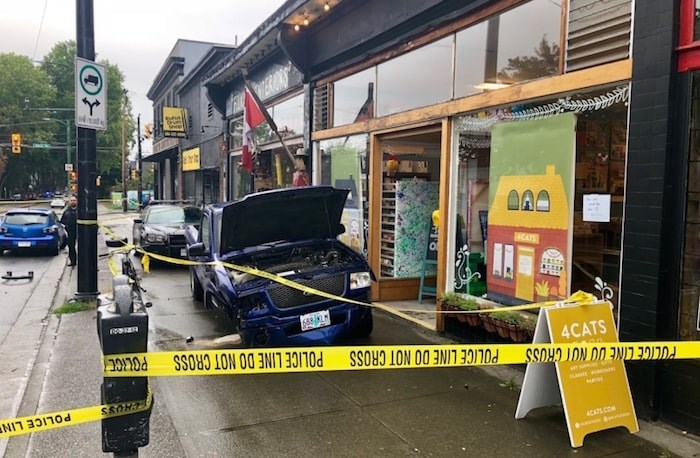 Vancouver police were pursuing the blue truck’s driver, who had crossed the border without stopping, when the driver was involved in an accident at West 10th Ave. and Alma Street. Photograph By Craig Roberts

About 8:20 a.m., Vancouver Police were notified about the incident and later found the truck driving around West 16th Avenue and Oak Street.

Police attempted to pull the truck over, but the driver refused to stop and kept driving towards Vancouver’s West Side, with the police pursuing.

The truck collided into a Mazda sedan on West 10th Avenue at Alma Street just before 8:30 a.m., and then crashed into a retail store. 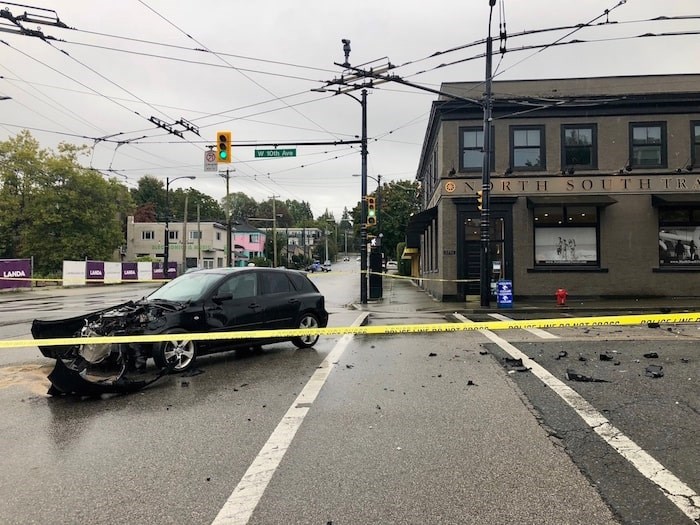 The 32-year-old Vancouver driver of this Mazda sustained minor injuries when his car was hit by a truck whose driver was trying to evade police. – Craig Roberts

A 32-year-old Vancouver man, who was driving the Mazda, received minor injuries. The suspect driving the truck was arrested and taken to jail.

“The radio equipment used by first responders across the Lower Mainland allows them to talk to each other during emergencies. Efficient communication between agencies led to the swift arrest of this man who made unauthorized entry into Canada,” says VPD Constable Jason Doucette. 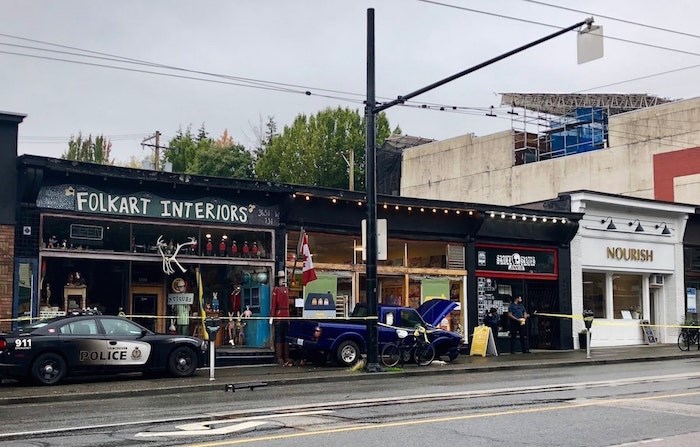 The blue truck crashed into stores after being involved in an accident West 10th Avenue and Alma Street during a Vancouver police pursuit. – Craig Roberts

“Investigators are now working with our partnering agencies to determine who this man is and why he ran the border.”

The VPD will be recommending charges related to dangerous driving and causing a police pursuit. Additional charges are anticipated as the investigation progresses.