They're making a documentary about Bryant "Big Country" Reeves

Have you seen this Bryant Reeves posters around the city? Photo Bob Kronbauer Some eyebrow-raising posters popped up around town this week featuring the one and only Bryant "Big Country" Reeves.
0
Jul 4, 2018 8:32 AM By: Bob Kronbauer 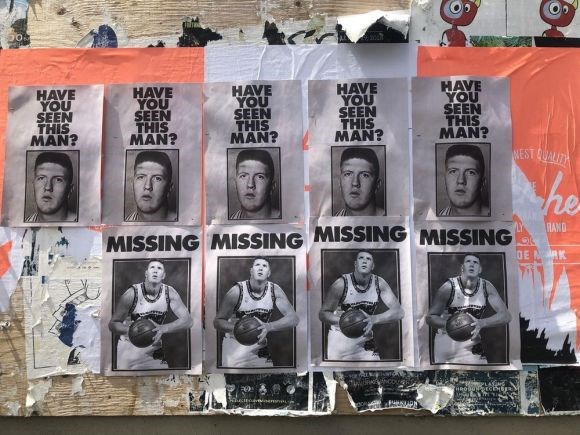 Have you seen this Bryant Reeves posters around the city? Photo Bob Kronbauer

Some eyebrow-raising posters popped up around town this week featuring the one and only Bryant "Big Country" Reeves.

Revered and maligned, everybody who lived in Vancouver in the 90s has an opinion about this former resident. Depending on who you ask he was either responsible for the rise of the Vancouver Grizzlies NBA franchise or its downfall.

Love him or hate him, the mere mention of him brings back 90s flashbacks, and a local self-professed Reeves superfan is working to bring those memories to the screen. She's working on a film called Finding Big Country.

The award-winning filmmaker behind the production, Kat Jayme, tells us they've yet set a release date for the film but it's looking to be some time in the next few months.

We'll most certainly keep you posted and bring you more information on the production and how you can see it. In the meantime follow @FindingBigCountry on Instagram for a look inside the film.

A post shared by FindingBigCountry (@findingbigcountry) on Apr 1, 2018 at 3:50pm PDT

Only one member of the Vancouver Grizzlies was there from the very beginning until the bitter end... Big Country Reeves. And while many NBA stars refused to play for Vancouver (#FrancisSucks), Big Country loved every minute here. In 2001, injuries forced him into retirement and he never played for another team. Yes, Big Country was comfy in beautiful B.C. and we’re proud to call him ours. • • • • • • #FindingBigCountry #BryantReeves #BigCountry #BigCountryReeves #NBAVancouver #VancouverWantsNBA #BasketballBC #BasketballCanada #VancouverGrizzlies #BringBackTheGrizz #OklahomaStateCowboys #microfiche #vancity #vancitybuzz #NBAlegends #NBAretro #SteveFrancis

Hat tip to Patrick Jonhston at The Province for being the first to dig this story up.