Two women say they encountered an unpleasant surprise at the Dilworth Inn in Kelowan, B.C. After entering the room, they discovered live bugs in the bed.
Oct 19, 2019 10:38 AM By: Castanet

Annamaria Annis was visiting from Prince George on Sept. 28 and booked a one-night stay at the Dilworth Inn.

The bugs have since been identified as larder beetles. Photo: Annamaria Annis / Castanet

After entering the room, she says she discovered live bugs on the bathroom counter, in the sink and in the bedsheets.

"I used to work at hotels, so I know how if one parts not clean, another part's not going to be either," said Annis. "As soon as I moved the blankets, I found more."

Annis says she and the friend she was travelling with "looked at each other and screamed like little school girls.... We tried to stay calm, and we tried to tell the person at the front desk, and they didn't believe us," she said. 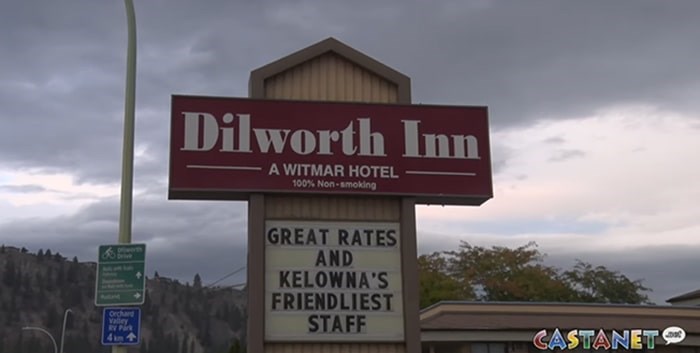 Annis says when she explained the situation, she was told the hotel couldn't do anything for them and they must speak to the manager, who wasn't there at the time.

The women chose not to stay at the hotel, but were still charged full price for the room, which was $156.02.

Before leaving, the woman at the front desk told her she must return the room key or she would be charged a $50 fee. "I gave her the key back and then realized she charged me for (it), and I had to go back there the following morning before I left Kelowna," said Annis.

Days later, Annis was still waiting to hear from the manager, so she wrote an online review in hopes of getting his attention. After the review was written, Annis received a phone call.

"He was in disbelief," said Annis. "He just kept getting mad every time I told him something was wrong about the room and he said 'OK, we'll speak later' and he hung up."

After this, he offered a $15 refund via email, but then rescinded the offer when Annis sought to speak to his superior.

Castanet reached out to the Dilworth Inn, and a man by the name of Graham who identified himself as the manager acknowledged the incident but declined to comment.

He said the hotel would provide a written statement, which has not been provided.

The bugs have since been identified as larder beetles.