Staff and patients at Burnaby Hospital had to be evacuated late Sunday night due to a fire.
Nov 16, 2020 7:54 AM By: Burnaby Now 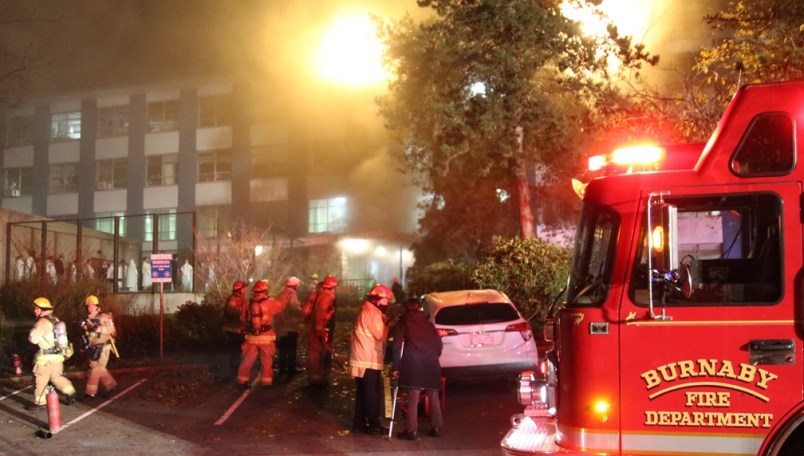 Burnaby Fire Department at the scene of a fire at Burnaby Hospital. Photo by Ryan Stelting

Staff and patients at Burnaby Hospital had to be evacuated late Sunday night due to a fire.

Burnaby firefighters were called to the hospital just after 10 p.m. and arrived to find heavy smoke coming from several doors and windows.

A third alarm brought in more firefighters to help fight the fire and evacuate the hospital.

TransLink buses were brought in to shelter patients and staff who had been evacuated on a cold and rainy night. Patients can be seen wrapped in blankets out in the cold night air.

Firefighters were able to put out the fire and spent several hours clearing smoke and making it safe for people to return.

The fire is under investigation. There are no reports of any injuries at this time.

The follows Burnaby Hospital’s medicine unit being closed to admissions recently because of a COVID-19 outbreak. Five patients in the unit tested positive for the virus, according to the Fraser Health Authority.