Starting in early 2014, Patrick Fox set out on a campaign to make the life of his ex-wife, Desiree Capuano “as miserable as possible, hoping to drive her to suicide if that could be done within the confines of the law,” according to B.C. Supreme Court documents.
Jul 15, 2020 5:50 PM By: Cornelia Naylor 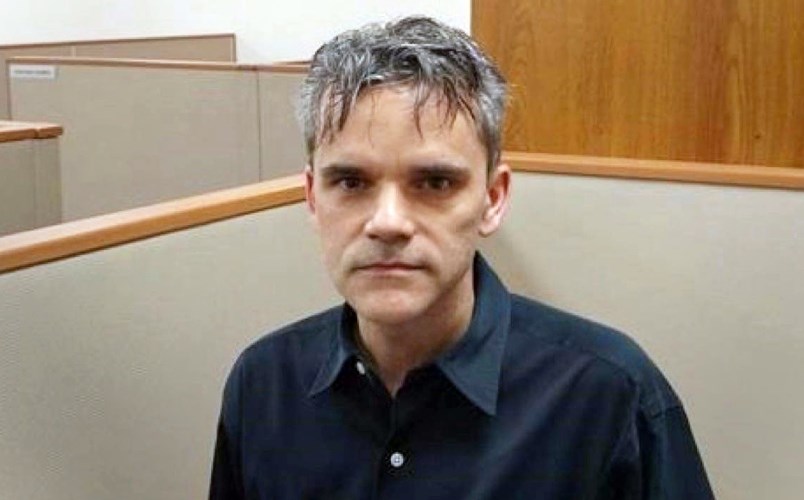 Patrick Fox is back in court facing two more counts of breaching his probation in March 2019. Photograph By CANADIAN PRESS

A Burnaby man convicted of criminally harassing his ex-wife through thousands of emails and a revenge website is back in court for allegedly launching another website that carries on the attacks.

Starting in early 2014, Patrick Fox set out on a campaign to make the life of his ex-wife, Desiree Capuano “as miserable as possible, hoping to drive her to suicide if that could be done within the confines of the law,” according to B.C. Supreme Court documents.

He created a website in her name, posting private information about her and people associated with her, maligning her as a white supremacist, drug addict and child abuser.

“Mr. Fox tormented Ms. Capuano in every way he could, taking considerable time and effort to do so,” stated a Nov. 10, 2017 sentencing decision by B.C. Supreme Court Justice Heather Holmes.

A jury had found Fox guilty in June 2017 of criminal harassment and weapons charges.

(Fox had shipped four handguns, ammunition and a disassembled Mauser rifle illegally to the U.S., where Capuano lives.)

He was sentenced to three years and 10 months in jail, minus just over two years for time he had already served.

He was also given three years of probation, during which he was banned from contacting or publishing information about Capuano or her friends and relatives.

He was also banned from using the internet except for the purpose of employment or sending personal emails and forbidden to leave B.C. or get within 100 metres of the U.S. border.

Fox has already been found guilty of breaking two of those conditions by leaving the province and being within 100 metres of the U.S. border on March 19, 2019, according to court documents.

He was sentenced last month to one day in jail (after spending eight months in pretrial custody) and to another 18 months of probation for those breaches.

He was back in court this week to face charges for two more alleged breaches between March 7 and March 21, 2019, during which time he is alleged to have accessed the internet and made another website, www.desicapuano.com, publicly available.

A one-day trial was scheduled in Vancouver provincial court Wednesday, but Fox, who is representing himself in the case and appeared via video link from the North Fraser Pretrial Centre, requested an adjournment so he could appear in person to cross-examine the prosecution’s only witness, a police detective.

Fox was not in court because someone on his unit had tested positive for COVID-19.

Judge James Bahen agreed to the adjournment but cautioned Fox there was no guarantee the next hearing would be in-person.

“No one, myself included, would take upon themselves the ability to predict the course of the pandemic and whether or not it’s going to be a factor that would affect policies in courts and correctional centres,” Bahen said.

Fox’s trial was rescheduled for Aug. 19.