Burnaby's millennials and renters most worried about housing affordability

Burnaby’s renters and young people are the groups most worried about housing affordability, a new report from the city’s housing task force shows.
0
Apr 12, 2019 1:24 PM By: Kelvin Gawley 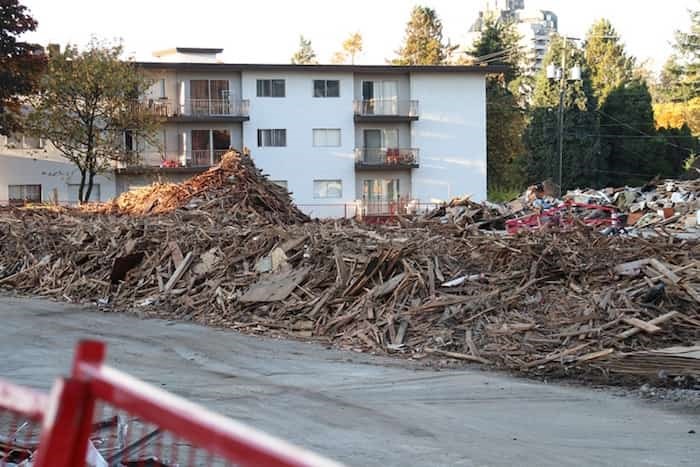 Low-rise housing blocks near Metrotown are being demolished as part of the City of Burnaby’s plan to turn Metrotown into downtown. Photograph By JAN ZESCHKY

Burnaby’s renters and young people are the groups most worried about housing affordability, a new report from the city’s housing task force shows.

The What We Heard report summarizes findings from the information-gathering phase of the Mayor’s Task Force on Community Housing, also referred to as Your Voice. Your Home: Meeting the Housing Needs of Burnaby Residents.

There were 2,380 engagements with residents so far, including 1,450 survey responses, a 100-person workshop, 400 people reached by students canvassing the city and conversations with “key community stakeholders.”

“I’m thrilled with the number of people who have shared their thoughts and ideas so far,” Mayor Mike Hurley said in a statement. “Housing is such an important issue for people and affects them in unique ways depending upon where they are in life. I want to thank residents for the important insights they’ve shared.”

According to the report, there was a wide variety of responses to the process, but some key themes emerged. Residents said they were worried about the availability of rental housing, a lack of variety in housing size, speculation, the gap between incomes and housing costs and a loss of quality of life.

Many respondents expressed a fear of displacement via demovictions or renovictions.

“Too many demovictions – too much development that removes low cost housing,” an unnamed respondent is quoted as saying. “The amount of homeless people therefore has increased – most of these are seniors – it is a very sad situation.”

The relationship between income and housing tenure is pretty clear in Burnaby: the more you make, the more likely you are to own your home.

Renters, who accounted for 33 per cent of survey respondents, were much more likely to be worried about their housing security. Most renters (64 per cent) said they felt they may need to move within the next 10 years due to housing affordability. Only 14 per cent of homeowners said the same.

The relationship between income and housing tenure is pretty clear in Burnaby: the more you make, the more likely you are to own your home.

The task force also asked residents what they want to see done about the city’s housing issues.

Many Burnaby residents want to see greater government oversight and regulation, as well as “greater responsibility” from developers.

"Food, shelter and health care are human rights,” one respondent said. “(The) City of Burnaby needs to take every step necessary to get them out of the free market and provide roofs for low-income families.”

Others called for more density in single-family neighbourhoods and allowing laneway homes.