Burned-out car in Burnaby linked to deadly shooting in Surrey 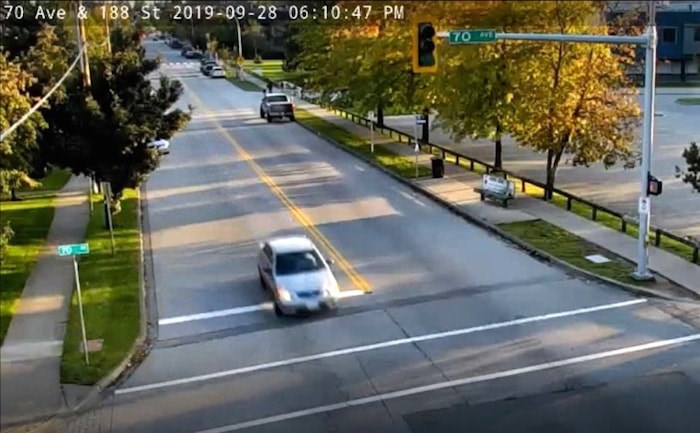 IHIT released a video of this sedan in relation to a deadly shooting in Surrey Saturday. Photo courtesy IHIT

Police are linking a burned-out car found in Burnaby to the fatal shooting of a 29-year-old man in Surrey.

Surrey RCMP say the man was shot to death Saturday at about 6 p.m. while he was seated inside his vehicle at a Surrey gas station.

From the information gathered so far, the Integrated Homicide Investigation Team says investigators have determined a black male ran away from the shooting site and got into a silver sedan driven by a second black male.

Later that night, at about 10 p.m., Burnaby RCMP got a report of a burned silver sedan in the area of Willingdon Avenue and Kemp Street.

IHIT said the vehicle may be associated with shooting, and investigators are now looking for witnesses who may have been in the area or who might have dash cam video of the area near Willingdon Avenue and Kemp Street between 6:30 p.m. and 8 p.m.

“Our investigators and partners are diligently collecting the evidence, and a phone call from the right witness could be the difference-maker in this case,” IHIT Sgt. Frank Jang said in a press release.

Police are still in the process of notifying some of the victim’s immediate family of his death, so his name has not been released, but IHIT said the victim was known to police and the shooting is believed to have been targeted.