Bus driver not to blame in B.C. bus crash triggered by moose

Greyhound and a driver aren’t liable for damages after a bus wound up in a swamp after hitting a moose near Clearwater, a B.C. Supreme Court judge has ruled.
0
Aug 22, 2019 4:18 PM By: Jeremy Hainsworth 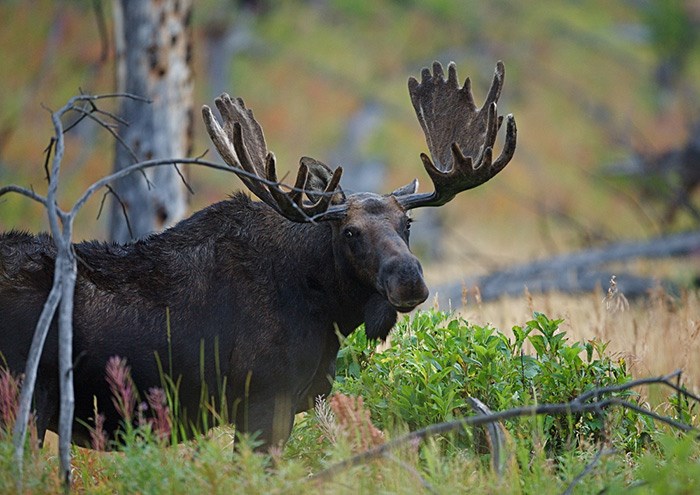 Greyhound and a driver aren’t liable for damages after a bus wound up in a swamp after hitting a moose near Clearwater, a B.C. Supreme Court judge has ruled.

“The moose was not visible until it was too late for [the driver] either to take evasive action or to avoid the collision,” Justice Elaine Adair ruled.

The bus had been southbound June 22, 2011 between Jasper, Alberta and Kamloops near Clearwater on Highway 5 when a moose ambled out of the brush and was hit by the bus, causing its brake and steering systems to fail.

Tran and Samiuk have claimed the collision with the moose was caused by Anderson's negligence for which they say Greyhound is vicariously liable.

Adair said Anderson’s pre-trip check revealed no issues with the vehicle and that there were no warning signs of moose on the road.

Just before the collision, a pickup driven by Kevin Vandenborre passed the bus. Anderson said after the pick-up passed the bus, a moose came out of the shadows to the right of the bus about 20 feet in front of it.

Anderson steered left to avoid the moose which bolted and collided with the vehicle, disabling the steering and brakes.

The bus crossed the northbound lane and shoulder, and travelled down an embankment into a swamp on the east side of the highway. It hit several large rocks before hitting the swamp.

Vandenborre testified he saw the collision and turned back. When he arrived, the bus was in the swamp. Vandenborre helped Anderson assist people out of the bus.

Adair said police forensic evidence collected at the crash site was consistent with the evidence of both Anderson and Vandenborre.

A forensic expert testified it was highly unlikely Anderson could have avoided hitting the moose.

The plaintiffs advanced a number of areas of negligence on Anderson’ part – assertions Adair dismissed citing the driver’s breadth of experience.

The judge did note Anderson had been driving at 109 km/h a speed above the limit.

She noted, however, he was moving more slowly than other traffic as evidenced by Vandenborre’s having passed the bus.

“I find that the collision would have occurred even if Mr. Anderson had been driving at the posted speed limit,” the judge said in dismissed the suits.