Wendy’s at Cambie and Broadway slated for 'iconic' redevelopment

The Wendy’s restaurant site at 480 West 8th Avenue, Vancouver is close to many transit infrastructure and real estate developments.
0
May 17, 2018 3:05 PM By: Tanya Commisso 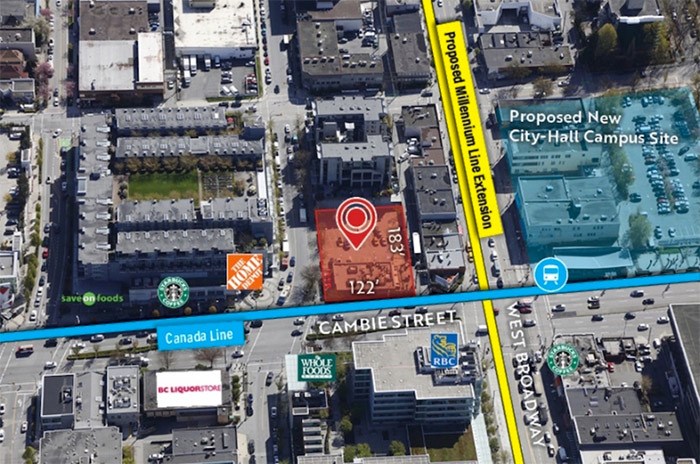 The Wendy’s restaurant site at 480 West 8th Avenue, Vancouver is close to many transit infrastructure and real estate developments. | CBRE

The one-storey Wendy’s restaurant building at the high-exposure, transit-oriented corner of Cambie Street and West Broadway has been listed for sale, with potential for an major mixed-use development.

The site is located at 480 West 8th Avenue – just across the street from a future transit hub that will include an underground Broadway Extension stop on the Millennium Line, in addition to the existing Broadway–City Hall station entrance to the Canada Line.

The restaurant site is one of few parcels in close proximity to the new transit hub that is not already under proposal for redevelopment. Vancouver City Hall at 453 West 12th Avenue is expected to expand its campus in the space between the current City Hall and the existing SkyTrain station, while several mixed-use developments have been planned for lots along the Cambie Street and West Broadway intersection.

The 22,237-square-foot lot is located in a prime location for an “iconic” development, according to commercial brokerage CBRE, which has listed and is marketing the site.

The parcel’s current zoning allows for office, retail and residential use, but potential rezoning under the yet-to-be-unveiled Broadway Corridor Plan could allow for higher density development.

According to BC Assessment, the property has a value of $39.53 million. CBRE anticipates significant interest from national and international buyers. 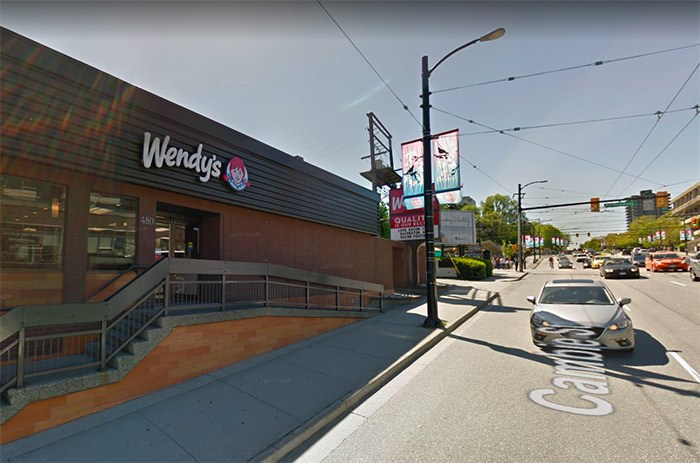