A medical emergency on the Canada Line caused commuter delays in both directions in the morning on Wednesday, July 10.
Jul 10, 2019 11:34 AM By: Elana Shepert 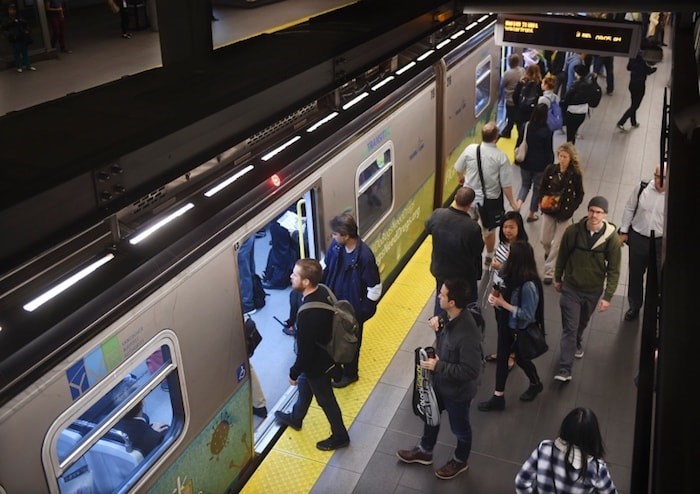 A medical emergency on the Canada Line caused commuter delays in both directions in the morning on Wednesday, July 10.

TransLink tweeted that the Canada Line was experiencing southbound/northbound delays, "due to a medical emergency at Vancouver City Centre Station." Further, the transit authority noted that trains were terminating at Olympic village and a shuttle train was operating between Olympic Village and Waterfront as well as a bus bridge.

Following this, TransLink Tweeted that the, "Canada Line trains are resuming regular service. Expect delays as regular frequencies are restored and platforms."

Vancouver Is Awesome spoke to Jill Drews, Senior Issues Management Advisor, TransLink, about what why the trains were delayed and what commuters could expect for the rest of the day.

"There was a medical emergency on one of the trains coming into Vancouver," she reports. "Another passenger pushed the emergency button, and the train stopped as a result."

Drews notes that Canada Line trains are driverless, and that the train car caused the one behind it to stop. The computer system was unable to get the train moving, and therefore a driver was needed.

"The issue is resolved now and trains are moving, but we can't comment on the passenger's emergency," she states.

While regular service has resumed, there may be some crowding on the platform due to the delays. As such, you may want to give yourself additional travel time to get to your destination.