Canada ranked #1 country in the world for 'filthiest money'

Canadian dollars were the "dirtiest and most dangerous currency in the world."

Do you wash your hands after you handle money?

Canada has some dirty casino money — and apparently, it isn't all because of money laundering.

A new study finds that Canuck banknotes carry the most harmful bacteria of any money in the world.

Gambling.com gathered 20 of the most used currencies from around the world, "partnering with microbiologists and conducting swab tests to find out what is hidden on money," explains a news release. "With casinos receiving millions of visitors every single year from people across the world, the study took a look at the currency coming in to find out what's really lurking on our cash."

Microbiologists gathered data based on the number of bacterial colonies found per note and how the bacteria can impact you. They found some strains of bacteria that can cause food poisoning, pneumonia and even ringworm.

Canada has the world's dirtiest banknote

With 209 microbe colonies found, the study found that Canadian dollars used in casinos are the "dirtiest and most dangerous currency in the world," covered with the harmful bacillus — a microbe with strains that can cause food poisoning, sepsis, and in rare cases, anthrax.

Saccharomyces cerevisiae, commonly known as baker's yeast, was also found on the Canadian dollar. Report authors note that this yeast is known "to cause illness in the immunosuppressed such as pneumonia and urinary tract infections, as well as infections to the inner lining of the heart and abdomen."

Saccharomyces can also cause illness in healthy people, where infection can easily result in thrush.

Microbiologists also found Rhizopus strains on the note, which commonly cause fungal infections. 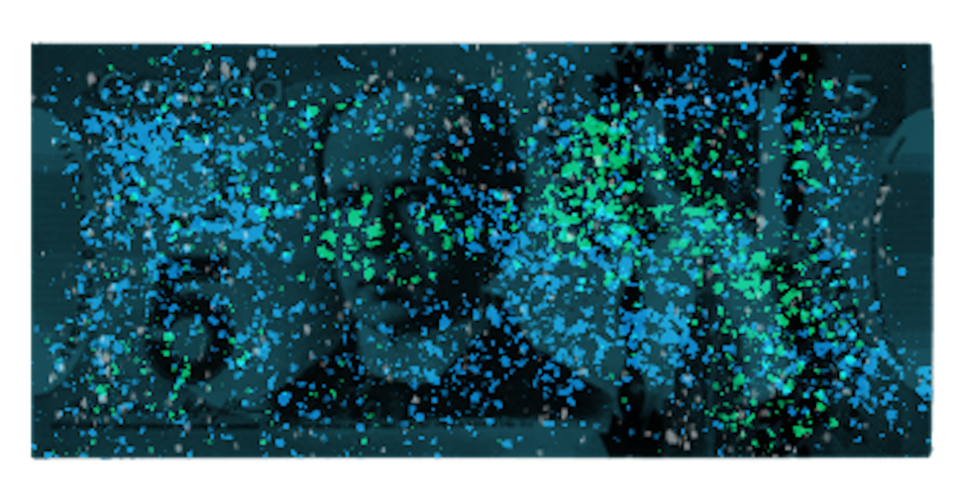 Image of a Canadian banknote under a microscope. Photo via Gambling.com

Report authors note that "microbes cover us and everything we touch, so it is no surprise that your hard-earned cash is covered in them." Many of these microbes are harmless, but some of them can be deadly, especially to people with weakened immune systems.

The top 10 countries with the dirtiest banknotes 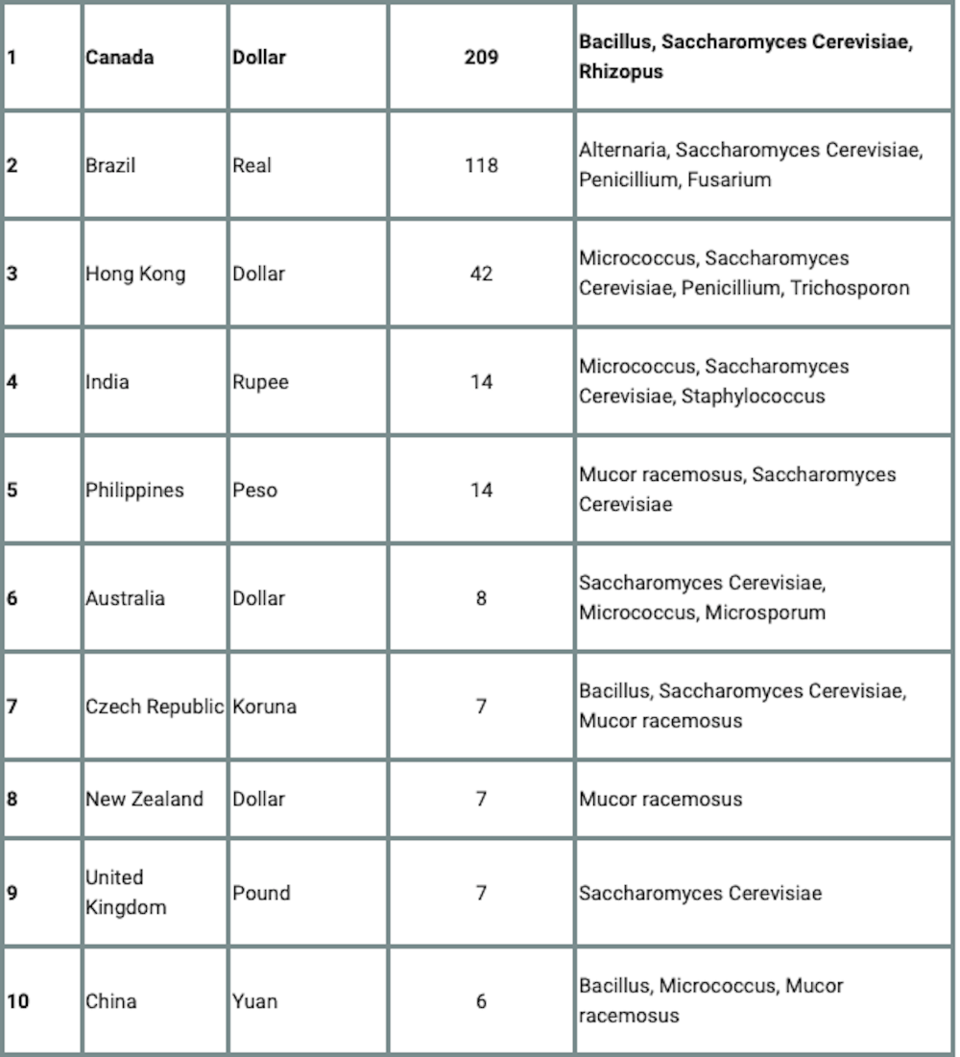