Two Irishmen in Victoria transformed a 1970s-style camper into a slice of home they've dubbed the 'Wild Rover'
Oct 7, 2020 7:52 PM By: Sarah Grochowski 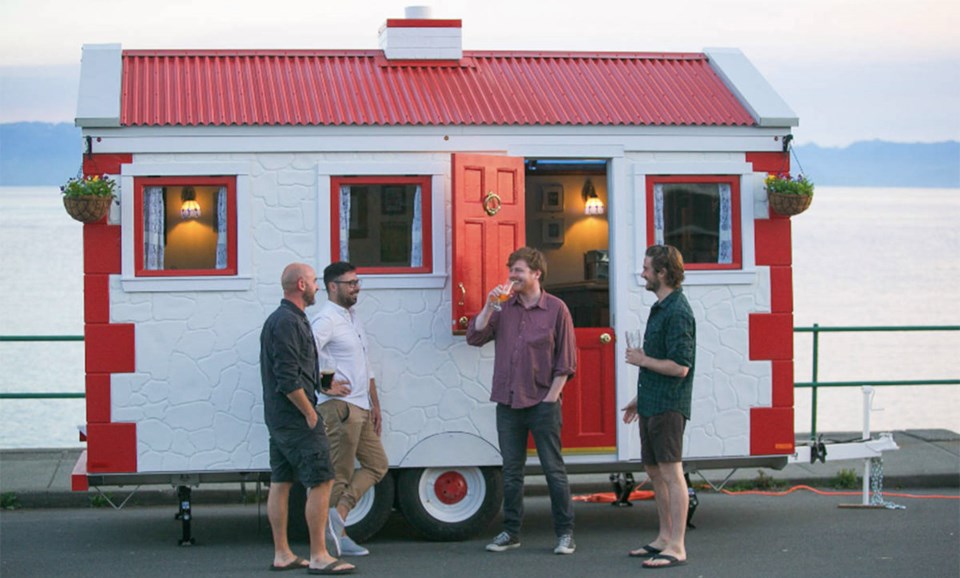 A mobile Irish pub is just a ferry-ride away from being in your backyard this fall. Photo: Wild Rover

Since you can’t make it to Ireland this year to kick back and have a pint, the Wild Rover pub is willing to come to you – all the way from Victoria.

Danny Hamilton and business partner Warren Crolly dreamt up the idea for a mobile Irish pub years ago over pints.

The men drew sketches of their vision on the back of beer mats, according to the one-of-a-kind business’s Instagram account.

During the COVID-19 pandemic, with spare time on their hands, they put their dream into reality and transformed a 1970s camper into a portable Irish pub experience.

Crolley, a roofer and carpenter by-trade, used reclaimed wood and copper from one of Victoria’s most luxurious hotels – the Fairmont Empress – for the rebuild.

Both founders are originally from Ireland but have since relocated to British Columbia's capital city with their spouses.

Patrons who rent out the pub provide the booze, with an option of four taps to serve beer, cider, or prosecco. For this reason, the Wild Rover is unlicensed.

“On arrival, our team will set up the bar completely. We will have prearranged a power outlet to hook up to run the cooling system for the beers and connect all the gas lines to the taps,” their website explains.

“From there, the pub is yours for the day."

The business, which first launched Friday, has seen interest from groups all across Canada who are in need of a cozy place to have a bit of craic.