“I’ll never forget his live performances at the Smilin’ Buddha and other Vancouver spots, his blistering energy and dope style,” said one admirer
Jul 17, 2020 12:59 PM By: Jeremy Hainsworth 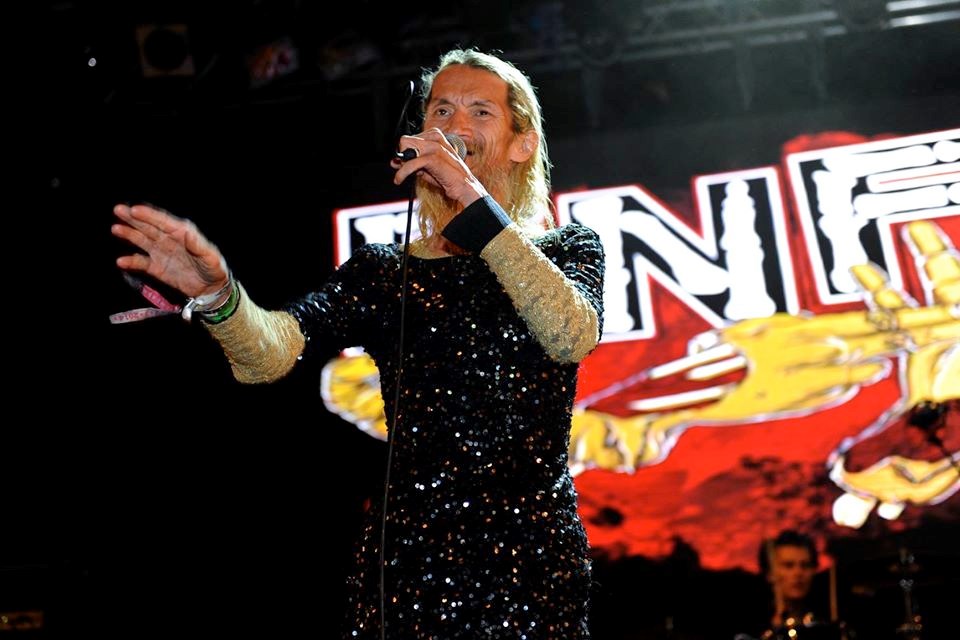 Canada’s punk scene is mourning one of its legends with the death of legendary SNFU lead singer Mr. Chi Pig aged 57 June 16.

Kendall Stephen Chinn was an enigmatic musician and artist known for higher-than- high-octane performances with the hardcore punk band formed in 1981 in Edmonton, relocating to Vancouver in 1992.

“He was a true fucking East Van Bohemian & Punk Rock Queen in the very best sense of those words,” wrote Anna Stewart on Facebook. “I’ll never forget his live performances at the Smilin’ Buddha and other Vancouver spots, his blistering energy and dope style.”

Chinn was born on Oct. 19, 1962 to a German mother and Chinese father, both now dead. He was the second-youngest of 12 children.

He met brothers Marc and Brent Belke through skateboarding in Edmonton in 1981 and formed the band Live Sex Show. The short-lived group soon transformed into Society’s No Fucking Use or SNFU. Chinn was a lyricist and a charismatic frontman, frequently incorporating masks, puppets and other props into shows. A prolific artist, he also created much cover art.

Between 1985 and 2013, the band released eight albums as well as one live and one compilation release. Almost 30 members have come and gone through the band through the years but Chinn remained the centrepiece.

While the band’s success began to mount, Chinn began a long battle with hard drugs.

He also began open identification as a homosexual. His early life was marked with trauma and later received a diagnosis of schizophrenia.

He’d been given a month to live in late 2019, a diagnosis that shook him somewhat, but did not preclude fleeing hospital earlier this year for a run to his East Vancouver haunts.

Long-time friend Chris Walter has documented much of Canada’s punk scene in his books, including ‘SNFU . . . What No One Else Wanted to Say.’

“SNFU did not seem like obvious candidates for punk rock stardom—yet by combining the flamboyant stage antics and political lyricism of singer Chi Pig with the infectious guitar attack of Marc and Brent Belke, SNFU rose up to take not just Edmonton but the entire world by storm,” reads the back cover of a re-release memorial edition due out in several weeks.

Chi Pig was not a stage presence, Walter said. Chi Pig and Chinn were one and the same.

“He was 100% Chi Pig and zero percent anyone else,” Walter said. “He just absolutely had a desire to create and an urge to create.”

But, he was happiest on stage, Walter said.

“That’s where he belonged.”

Walter said his friend was frequently a mystery to him and many others.

Sometimes, Walter would be observing the singer creating art. “I’d be watching him and wondering ‘where did he come up with that?' It was hard to fathom. He had an active imagination.”

And that fertile mind translated to the lyric process as well. Walter said Chinn would take fragments of ideas, concepts he’d noted in his scrapbook and create from there. 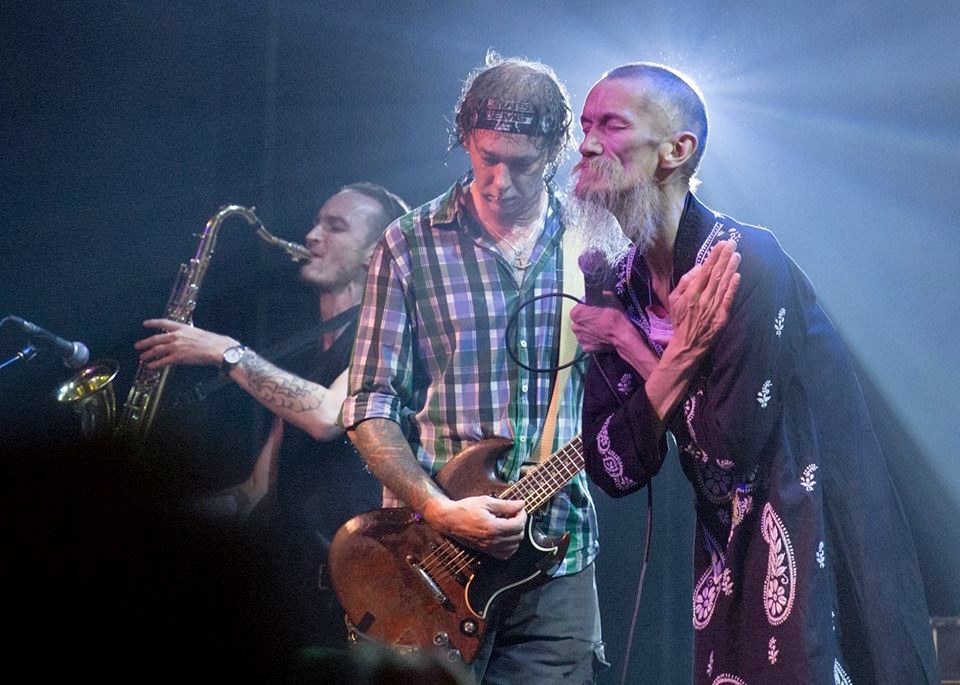 “He assembled his songs like Frankenstein’s monster,” Walter said.

It was this enigmatic presence that attracted people to the singer, Walter said.

“He’s generally just different from everyone else,” Walter said. “He’s just kind of a mystery. He was so weird, they just wanted to get to know him.”

But, woe to the fan who pushed him or invaded his personal space.

“If you pushed him too far, he’d lose it,” Walter said. “His bandmates kept overzealous fans away.”

No specific cause of death has been released. “He had a lot of medical issues,” Walter said. “It wasn’t COVID.”

Chinn was the subject of a 2010 documentary entitled Open Your Mouth and Say...Mr. Chi Pig produced by Prairie Coast Films and directed by Sean Patrick Shaul. It featured such punk luminaries as Jello Biafra of the Dead Kennedys, Brendan Canning of Broken Social Scene and now Burnaby city councillor Joey Keithley of D.O.A.