Canadians rank in top 3 of world's most stressed, anxious, and sad people: report

Report finds that a significant number of Canadians felt stressed, anxious and sad during the pandemic
Jan 21, 2021 8:01 PM By: Elana Shepert 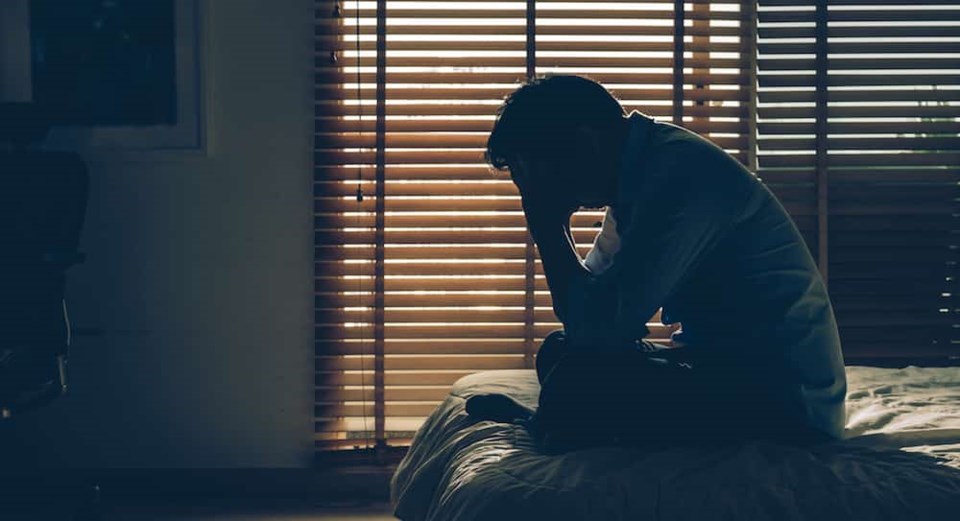 Canada ranked third in the world for the levels of stress, anxiety and sadness its adult citizens have felt over the course of the coronavirus (COVID-19) pandemic. Photo: Depressed individual holding their head in their hands in a dark room / Getty Images

Canada ranked third in the world for the levels of stress, anxiety and sadness its adult citizens have felt over the course of the coronavirus (COVID-19) pandemic.

In its report, the contact lenses company writes that "Our research found that if the population of the world was 100 people, 6 would experience vision loss, 7 would have diabetes, 23 would be obese and another 23 would-be smokers.

"This leaves just 41 people who are either healthy, or more likely living with other forms of health conditions such as cancer or heart disease."

The company breaks the research down into health issues by country as well as by analyzing global statistics across regions. In total, it collected data across more than 10 health metrics for 24 countries around the world.

Recording this data as a percentage where possible, it ranked each country to show which are experiencing the highest levels of health concerns.

Percentage of adults who reported stress, anxiety or great sadness during COVID-19

According to the analysis, the United States has the highest number of stressed, anxious, and sad people in the world, with 33 per cent of its population reporting mental health issues.

The United Kingdom and Canada share the second-highest percentage, with 26 per cent of people suffering from stress, anxiety and depression.

France followed in fourth, with 24 per cent of people reported sadness, stress, or anxiety. Australia and New Zealand's populations were only slightly less, with 23 per cent of each population suffering from mental health issues.