The RCMP have announced the results of an operation in several Metro Vancouver communities that focused on cannabis prepped for illegal export.
0
Jul 10, 2019 6:18 AM By: Lindsay William-Ross

The RCMP have announced the results of an operation in several Metro Vancouver communities that focused on cannabis prepped for illegal export. 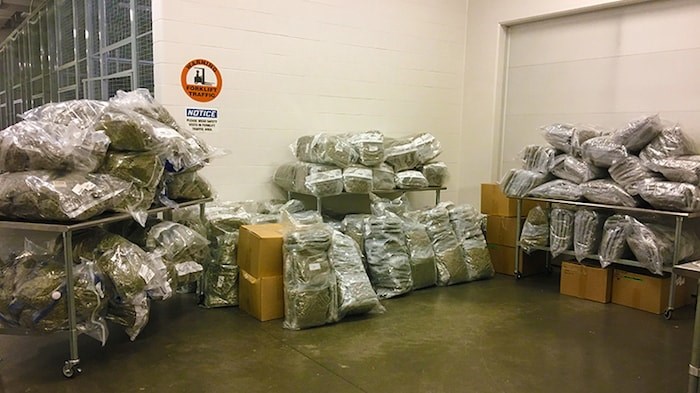 The products seized June 18 when the search warrants were executed. Photo courtesy BC RCMP

The raid was the result of a nearly year-long investigation by the RCMP FSOC and the Canada Border Services Agency (CBSA).

Police seized a large amount of Canadian currency, five vehicles and twelve firearms, an unidentified quantity of the fentanyl pre-cursor chemical Aniline, as well as over 1180 kilograms of dried cannabis and over 5300 cannabis plants.

Six people were arrested as a result of the search and seizure operation.

Authorities have a stern reminder about the cash crop: "Cannabis is still illegal in most of the world and exportation is a serious offence in Canada. This enforcement action highlights the fact that organized crime will attempt to exploit medically licenced cannabis production in Canada," said Superintendent Richard Bergevin.