A Richmond woman was injured and shaken after a car-jacking incident at her home on Monday, January 21. Now, dashcam footage of the incident has surfaced.
Jan 22, 2019 11:11 AM By: Elana Shepert

This video, shared on Streamable, shows police in Vancouver taking down the Richmond car-jacking suspects near Boundary Road and East Hastings Street.

A Richmond woman was left injured and shaken after a car-jacking incident at her home on Monday, January 21.

Now, dashcam footage has surfaced of the police takedown on Hastings Street just right before the intersection at Boundary Road following the incident.

At around 7:30 a.m., the woman, in her mid-40s, was preparing to start the engine of her dark-coloured 2007 Toyota SUV - in the 5000 block of Walton Road, near No. 2 Road and Westminster Highway - when she was approached by a suspect wearing dark clothing.

The suspect allegedly produced a weapon and used it to smash a window, before stealing the car and leaving the woman behind. 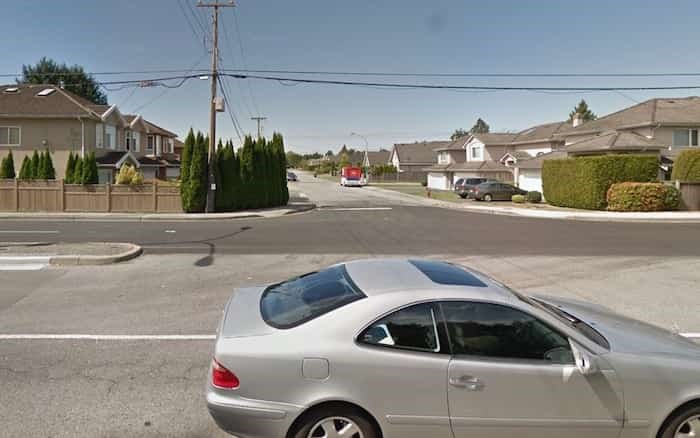 The victim, who was taken to hospital, suffered non-life threatening injuries and was visibly shaken from the incident.

After extensive patrols, Richmond Mounties were unable to find the vehicle and notified neighbouring police forces to be on the lookout for the vehicle, with officers being warned to exercise caution was thought to be armed and dangerous.

The vehicle was later found just before 9 a.m. in Vancouver, near Boundary Road and East Hastings Street, by the Vancouver Police Department.

Reddit user keeho shared dashcam footage of the takedown on their Reddit account on January 21 in the evening. The video shows their vehicle stopped in traffic at Hastings street right before the intersection of Boundary Road. Following a short wait, a number of police vehicles are seen congregating closely around the target.

Two black police vehicles appear to stop on either side of the target, as well as a silver vehicle. They turn on the police lights, and then jump out of their respective vehicles. In addition, the officers are seen holding guns.

They proceed to follow one another around one of the black vehicles, and then the dashcam footage begins to move away as the driver with the dashcam departs from the scene. They continue to turn and then drive in the opposite direction down Hastings Street before the video ends.

Two suspects were arrested in connection with the vehicle – a 28-year-old male from Delta and a 21- year female from Pitt Meadows.

Both have been turned over to Richmond RCMP.

Anyone with information on this incident, is asked to contact Const. K. Chan, of the Richmond RCMP General Investigation Section, quoting file# 2019-2465.

With files from the Richmond News.