From left to right: Amber, Guo Cheng, General Manager of Americas and North China, Ctrip Group; Anita, Xiaoli Yang,Vice-President of Group Sales and Marketing, Ctrip Group; the Honourable Bardish Chagger, Leader of the Government in the House of Comm
0
Jul 6, 2018 10:30 AM By: Melissa Shaw 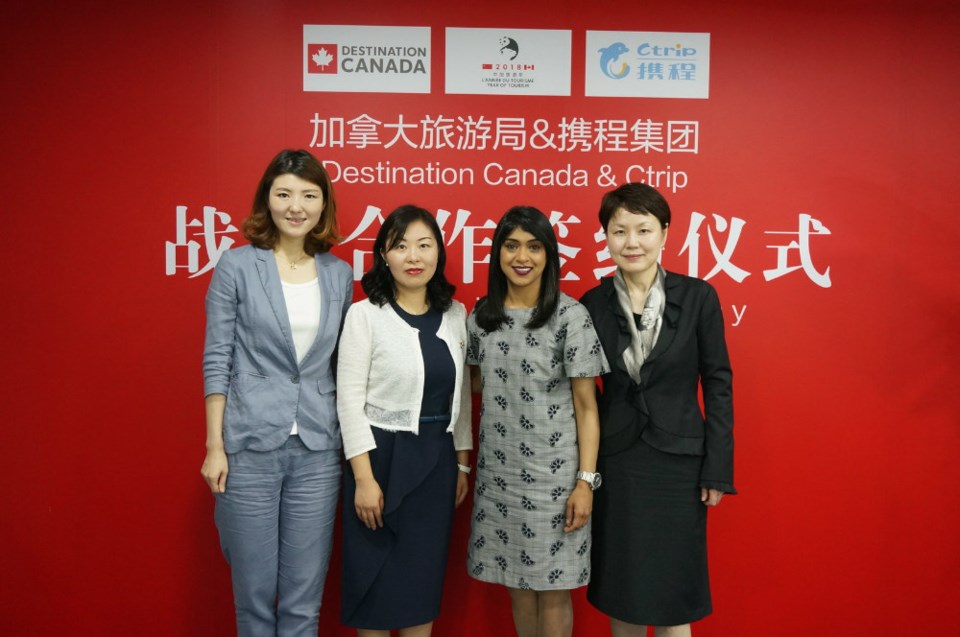 Destination Canada has just finished a trade mission to China to strengthen relationships between the two countries during the 2018 Canada-China Year of Tourism.

The government's tourism marketing organization is based in Vancouver and sent a delegation with its president and CEO David F. Goldstein, federal minister of small business and tourism Bardish Chagger and other partners to events in Beijing, Hangzhou and Shanghai.

"This tourism trade mission to China provided a tremendous opportunity to open new markets and to develop and build on existing relationships for our federal, provincial and territorial partners and tourism businesses." says Chagger.

Destination Canada signed two Memoranda of Understanding (MOUs) - one with tourism company UTour and the other with Ctrip, which is the largest online travel agency in China. The renewed MOU with Ctrip will increase the focus on Indigenous experiences and Atlantic Canada, according to a press release.