An annual variety show in celebration of Chinese New Year has been cancelled in West Vancouver as coronavirus concern spreads.
0
Jan 25, 2020 3:42 PM By: Ben Bengtson 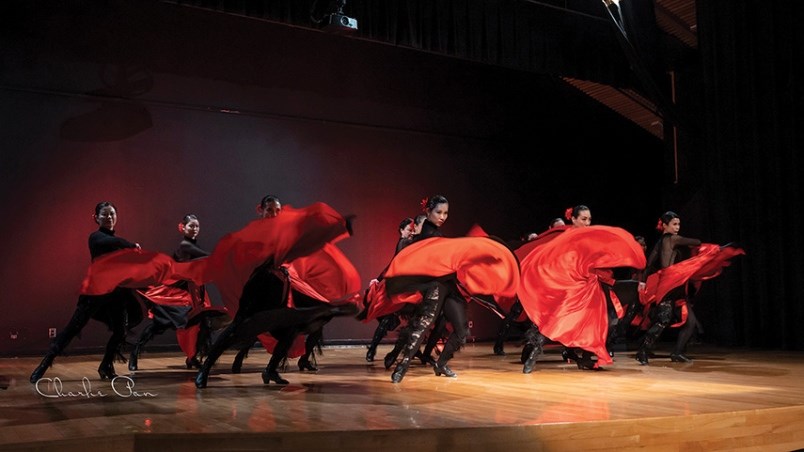 The Vancouver Beideng Society has cancelled its Spring Festival performance in West Vancouver tonight amid growing concerns of coronavirus, according to an event organizer. photo supplied Charlie Pan

An annual variety show in celebration of Chinese New Year has been cancelled in West Vancouver as coronavirus concern spreads.

“It’s a last minute decision,” said Halina Adelson, one of the organizers behind the Vancouver Beideng Cultural Society’s annual Spring Festival celebration which was slated to take place at Kay Meek Arts Centre Saturday night. “It’s the height of the panic in China.”

The non-profit cultural organization was set to perform a two-hour stage show featuring traditional music, dance, sketch, and comedy from different cultural backgrounds, but organizers announced Thursday that they would be postponing the event.

“A lot of Chinese travellers come back to reunion with their family, and probably a lot of the audience is from there,” said Adelson. “If anybody is carrying the virus, and we’ve created a gathering, that’s not a responsible thing to do.”

Due to the fear coronavirus is causing among the Chinese community, the organization would prefer to host its annual show at a later date once the global outbreak is under control, according to Adelson, in order to, “not create any unnecessary panic for the performers, the theatre, or to ourselves.”

Adelson regretted having to cancel the show on behalf of the Vancouver Beideng Cultural Society, adding she hopes the community will continue to support the organization and its performances in the future.

Coronavirus causes flu-like symptoms and more than 1,200 cases have so far been confirmed worldwide, with the vast majority occurring in China where more than 40 people have died.

A spokesperson for the BC Centre for Disease Control confirmed there are so far no known cases of coronavirus linked to B.C.

While there are no travel restrictions currently in place, people travelling are encouraged to take health precautions such as washing their hands, and avoiding ill people and animals, according to a report by the Canadian Press.

Anyone who suspects they may have the illness is encouraged to call HealthLink BC at 811, or their health-care provider.