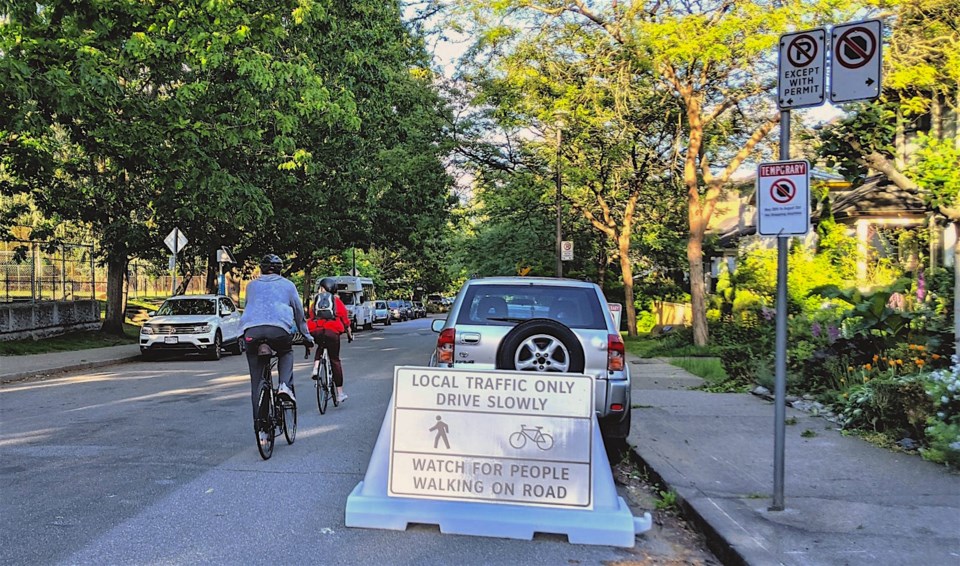 The City of Vancouver launched a trial of its first slow zone for local streets in East Vancouver today.

A slow zone is a specifically designated area with slower speeds than other streets. The trial kicked off in the Grandview-Woodland area Wednesday (March 3) and will test an official speed-limit reduction on local streets from 50 km/h (the default speed in the city), explains a news release.

Access and parking in the neighbourhood will not be affected.

The City launched the slow zone pilot in an effort to advance its "Moving Towards Zero" efforts to eliminate traffic-related fatalities and serious injuries.

In the fall, staff will report to Council with data results and public feedback received through 311, VanConnect and the towardszero@vancouver.ca email. This pilot will provide information to design other slow zones in the City.

In July 2020, Council approved the creation of the slow zone pilot within the Grandview-Woodland neighbourhood. The area was identified by staff as the top-ranked neighbourhood based on:

Walking is the top priority in the City’s Transportation 2040 Plan, and the City is working to improve the safety and comfort of our streets and sidewalks for all road users.

Recently, Former NPA Vancouver councillor, now-independent Rebecca Bligh came under fire for her comments that called for the City to increase the speed limits, rather than decrease them. In response to public outcry on social media, Bligh issued an apology and expanded on her thoughts in a blog post.