With regulations in place for two-and-a-half years now, tickets related to unlicenced short-term rentals (like Airbnb) are down significantly.
Apr 13, 2021 12:53 PM By: Brendan Kergin 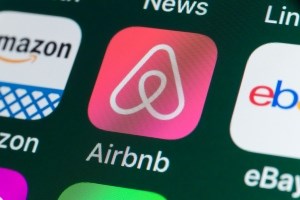 With regulations in place for two-and-a-half years now, tickets related to unlicenced short-term rentals (like Airbnb) in Vancouver are down significantly.

In 2020 480 were handed out. That's nearly half from the previous year, when 918 tickets were issued. Those stats come from a report from the City of Vancouver on regulating the short-term rental market, which shrank significantly over 2020 due to the pandemic.

While the number of listings on short-term rental sites like Airbnb (which accounts for around 84 per cent of the Vancouver market) decreased significantly over the past year (from 5,713 at the end of 2019 to 3,123 by the end of 2020), the number of licenced units remained relatively stable throughout the year. The city started requiring short-term rentals to require licensing in April 2018 when new regulations were made official.

The city estimates compliance with those regulations is at 78 per cent.

Part of the reasons for the regulations is to ensure housing affordability (which is a priority) the city states in the report.

"The short-term rental program is one of several City and provincial initiatives to support this priority work," they state, noting a report from the Canada Mortgage and Housing Corporation showing Vancouver condominiums were increasingly used for long-term rentals in 2019.

As part of the city's work on short-term rentals a list of buildings prohibited from allowing short-term rentals is being created. In the previous period 18 stratas were put on the list; over 2020 30 more were added and that list should get longer this year, according to the report.

In a press release the city notes it received an award in March 2020 for the policy regarding short-term rentals.

The Institute of Public Administration of Canada (IPAC) recognized the City of Vancouver with a bronze award for Public Service Leadership & Excellence.

City and school board team up for 'School Streets' pilot project at three Vancouver schools
Apr 12, 2021 9:50 AM