The B.C. government will now fast-track patio applications, and the city is allowing for expansion, to help breweries and restaurants generate revenue
May 22, 2020 10:57 AM By: Glen Korstrom 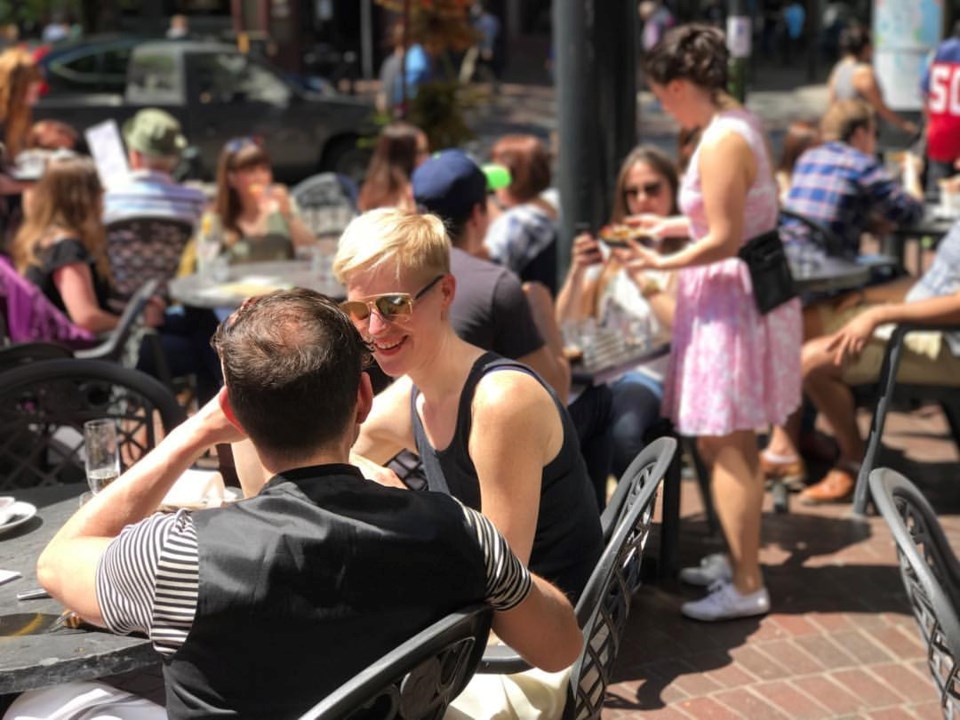 A busy Vancouver patio in the summer of 2017. Photo: Chill Winston/Facebook

Container Brewing principal Terry Brown can’t wait to move furniture onto some of his parking spaces and create a licensed patio.

He welcomes news that the B.C. government is working with industry to fast-track applications for licensed patios – which will also save him the time and money of first having to secure a restaurant licence to win city approval.

All he needs to do is wait for city staff to create a process to speed up the processing of patio applications.

That is expected to be soon, thanks to Vancouver city council’s unanimous May 13 vote for staff to “work directly with business operators to identify immediate patio seating options.”

The motion included a clause that for the first time allowed Vancouver business owners who own craft brewery licences – such as Brown – to apply to have patios. Craft breweries that previously received patio permits, such as Yaletown Brewing Co., have restaurant licences.

And on Friday, the provincial government authorized the expansion of service areas, such as patios, to support physical distancing requirements and industry recovery during the COVID-19 pandemic.

"This pandemic has hit our hospitality sector hard,” said Attorney General David Eby in a release. “Our government has been working with industry on ways to support the more than 180,000 British Columbians who work in pubs, restaurants and other parts of the sector. Speeding up the process will help restaurants, pubs, breweries and other licensees, and give British Columbians more options for safely eating out this summer, while continuing to follow Dr. Henry's directions."

The Liquor and Cannabis Regulation branch will now permit food-primary, liquor-primary and manufacturer licensees, such as wineries, breweries and distilleries, to apply online to temporarily expand their service areas until October 31.

Coun. Sarah Kirby-Yung, who introduced the city motion, told Business in Vancouver that she has been working to create a wide range of new patios in Vancouver this summer.

In addition to enabling licensed craft breweries to build patios, Kirby-Yung’s motion makes it easier for restaurant owners to get approval for outside seating – potentially even on parts of city streets or sidewalks.

The spaces could be in public plazas, she said, or “on roadways that are not necessarily attached to one specific restaurant.”

An example could be the Vancouver Art Gallery’s north plaza.

Downtown Vancouver Business Association CEO Charles Gauthier is excited by the proposal. He told BIV that he has been working with the city’s engineering department and has called potential furniture suppliers.

His idea is that the furniture be fastened in place to prevent theft and so that it won’t need to be removed every night.

As for restaurant and craft-brewery patios, Kirby-Yung said she expects city staff to have a new simplified process soon.

She said it will outline options for patio sizes, which would vary depending on the type of outside space being used and whether the patio is on private land or city property.

Brown envisions converting three or four parking spots on his property at 1216 Franklin Street in an industrial area in East Vancouver into a patio large enough to accommodate up to 20 people. 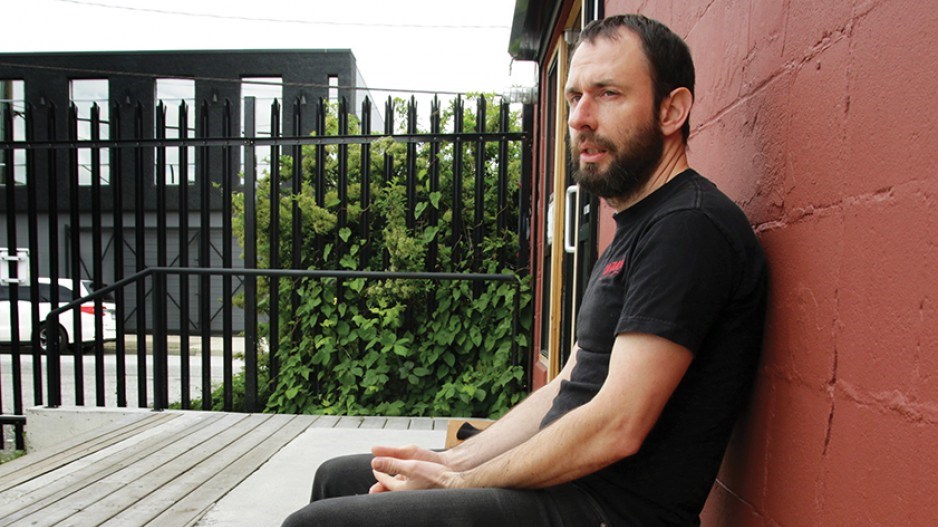 Container Brewing principal Terry Brown would like to serve customers this summer in a patio in his parking lot. Photo: Rob Kruyt

He said that would still leave him with about half dozen parking spots on his land, as well as street parking for patrons.

“Having a patio is definitely something that other breweries in industrial zones in Vancouver have been looking to have in some form or another,” Brown told BIV.

“Our hope is to be able to maintain our capacity that we are allowed under the bylaw.”

City rules require Brown to sell food and to provide inside lounge space for patrons. His sales of nibbles and fancy French fries allow him to have 67 people on his site, including staff, he said.

To get his patio, Brown will need to go through the new city process for land-use permission.

To obtain a licence for his patio, he will also need to apply to the provincial Ministry of the Attorney General, which told BIV in an email that it is “working on fast-tracking the process for restaurants who want to expand patio service.”

BC Restaurant and Food Services Association CEO Ian Tostenson called the provincial announcement “excellent news that will be welcomed by all of our members and by businesses throughout B.C.

This pandemic has created unprecedented challenges for all of us, and it has been invaluable for government and industry to work together as they have, as we take these important steps toward recovery. We thank the Province for its significant efforts and look forward to rebuilding together."

Tostenson told BIV before the provincial announcement that he expected that the province would reach a deal with the industry that would see it largely rubber-stamp patio-licensing applications for patios that the City of Vancouver had already approved.