Photo VTSL Vancouverites are invited to laugh at themselves and their city through a new improv show called Avocado Toast --Vancouver Grown, Free-Range Comedy.
0
Jun 7, 2018 4:45 PM By: Melissa Shaw 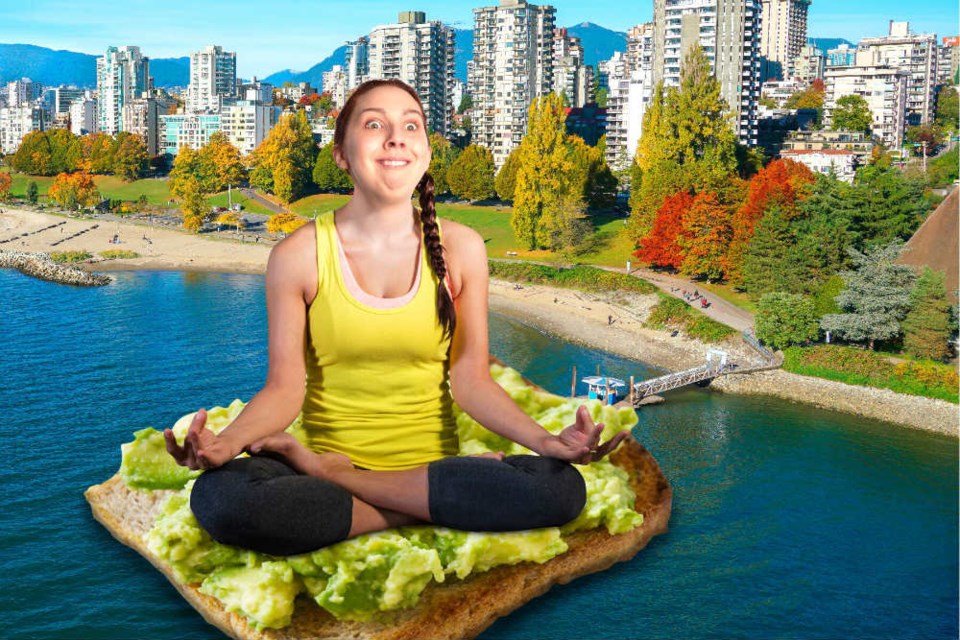 Vancouverites are invited to laugh at themselves and their city through a new improv show called Avocado Toast --Vancouver Grown, Free-Range Comedy.

The show is presented by Vancouver TheatreSports (VTSL) and pokes fun at the 'obsession' locals have with fitness, the foodie scene, 'wet coast' winters, bike lanes, 'affordable' housing, hipsters, the quirks of the city's various neighbourhoods and more.

VTSL executive and artistic director Jay Ono says Avocado Toast is organic "because improv just starts with one idea and then it grows. It's a unique experience."

The plot, characters and action in the show develop with help from the audience to create a series of unscripted vignettes, which ensures that no two shows are alike.

For example, the audience might be asked to create a scene by answering the question: 'what's one thing that Vancouver is known for around the world?'

Ono says having a show that focuses on Vancouver presents "a good opportunity to make people people aware of what is true about Vancouver and what is a myth, especially for the visitors that are coming from out of town."

Although the show looks at stereotypes and myths "the other part is celebrating what we have in this wonderful city," he says.

Avocado Toast runs from July 5 to September 1 at The Improv Centre, 1502 Duranleau Street on Granville Island and tickets start at $10.75.