What may be shocking is that people are still posting Craigslist ads, and asking considerable sums of money for Compass Wristbands.
Jan 2, 2019 5:28 PM By: Elana Shepert

TransLink launched the Compass Wristband in early December and stock of the wearable payment sold out in under two hours.

The transit authority said that they were only selling 2,000 wristbands in order to gauge interest in the product before moving forward. Of course, they made an order directly after selling out of the product, but some people didn't want to wait.

In fact, a number of people tried to make a profit off the coveted payment option by reselling the product on Craigslist. Some users were selling single wristbands for $50, with one ad asking a whopping $80.

With that in mind, those ads were put up directly after numerous riders were freshly denied a chance at convenience. What may be even more shocking is that people are still posting the ads, and asking considerable sums of money for Compass Wristbands. Further, TransLink stated that would likely receive a shipment of wristbands in February, which is only a month away.

For instance, the below ad asks a whopping $50 for one blue wristband, but it does come with $20 loaded onto it. Nevertheless, the seller is still making a $24 profit off the sale (the wristbands cost $6 each from TransLink.) 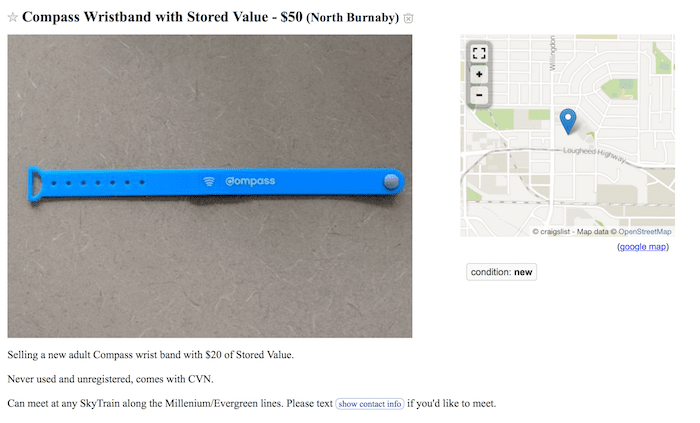 Another Craigslist post offers a blue wristband for a hefty $70 and it doesn't state that it has a loaded value. It does, however, remark that the product is, "sold out everywhere." 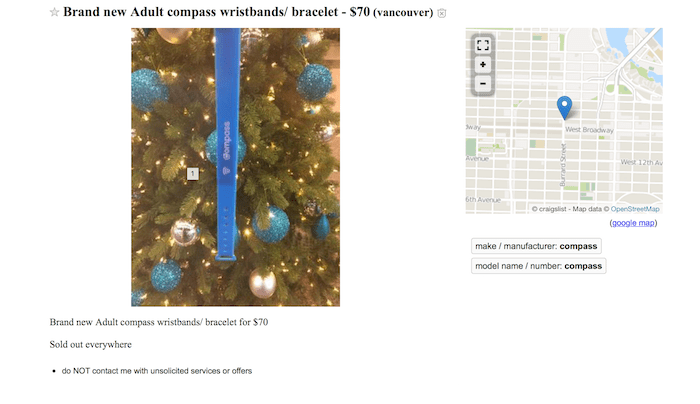 Another Craigslist post is even stranger, with the poster stating that they are offering $2000 for an assortment of any and all Compass Wristbands. With that being said, the poster states that they will buy each wristband for $25, but that they have a large sum of money available to use. 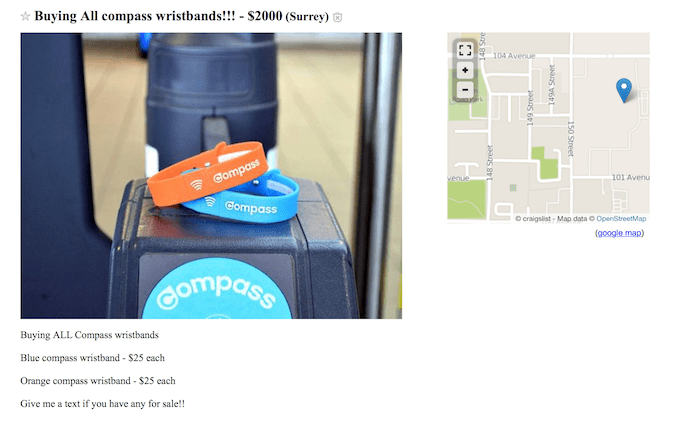 TransLink also introduced a Tap-to-Pay system in 2018, which allows riders to tap their Visa, Mastercard or mobile wallet at the fare gates or on buses rather than loading a Compass Card.