After nearly eight years of serving the Brentwood neighbourhood, Connections Coffee House, the non-profit, volunteer-run café, is closing.
0
May 24, 2019 1:55 PM By: Kelvin Gawley 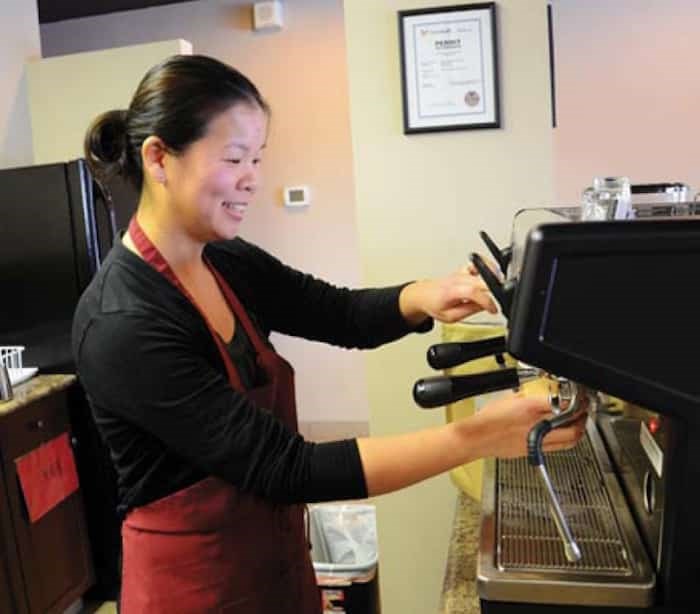 The non-profit, volunteer-run café has served affordable food and drinks at 5063 Anola Dr. since 2011 but will shut down before the end of the month.

Volunteer Sue From said a dispute with the landlord has forced the closure.

Connections opened with a vision of providing a community space to a rapidly densifying neighbourhood, From said. As more people moved into the area’s new highrises, they were looking for a place to meet their neighbours.

From said the café was a special, welcoming place.

“It’s a friendly atmosphere; it’s not like going into a Starbucks,” she said. “It’s all about community.”

Over the years, many regular customers became friends with the volunteer baristas and fellow patrons, From said. And many of them became so attached to the place, they became volunteers themselves.

“We’re a listening ear for a lot of people,” From said.

From said the café is unlikely to reopen somewhere else because its location is part of what made it necessary and viable as a volunteer-run operation.

Connections hosted a barbecue last weekend that was attended by some 300 people – a testament to its popularity in the community, From said.

“Everyone’s sad to see it go,” she said.