Conservation officers respond to yet another coyote attack at Stanley Park

Everyone who visits the park is urged to take precautions in case they encounter an aggressive coyote
Jun 8, 2021 1:27 PM By: Cameron Thomson 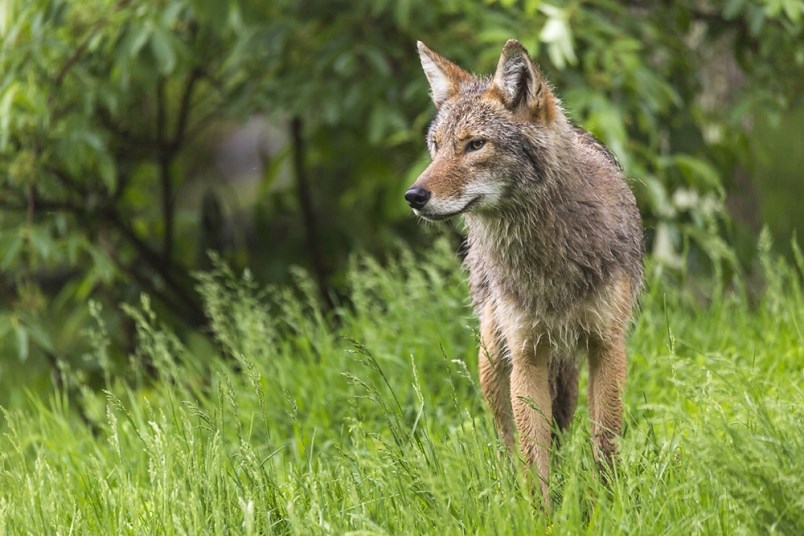 In a recent Facebook post, the service reported a man was bitten on the leg by the Totem Poles, near the Brockton Oval, shortly after 11 p.m. on Saturday (June 5). Conservation officers immediately responded and patrolled the area but no coyote was found.

In May a woman was bitten by a coyote while running on the Stanley Park seawall and a month before that a man riding an electric scooter was injured when he collided with a coyote. Also in April, another woman was attacked while walking on the seawall.

We strongly encourage everyone who goes to Stanley Park to take precautions in case you encounter an aggressive coyote.

“We strongly encourage everyone who goes to Stanley Park to take precautions in case you encounter an aggressive coyote,” the service wrote in the Facebook post. “The public is asked to familiarize themselves with safety tips, which include making yourself look as large as possible; waving your arms or throwing objects, such as rocks, and shouting at the coyote.”

Other tips for dealing with coyotes on the provincial government’s website include:

Generally not a threat to humans, coyotes are naturally curious animals, however, they are timid and will usually run away if challenged. Coyotes start posing a risk to people when they lose their wariness and become comfortable around humans - this is usually a result of direct or indirect feeding by humans.