“We have heard a few residents calling upon city hall to 'mandate' quarantine measures."
Feb 12, 2020 10:42 AM By: Diane Strandberg 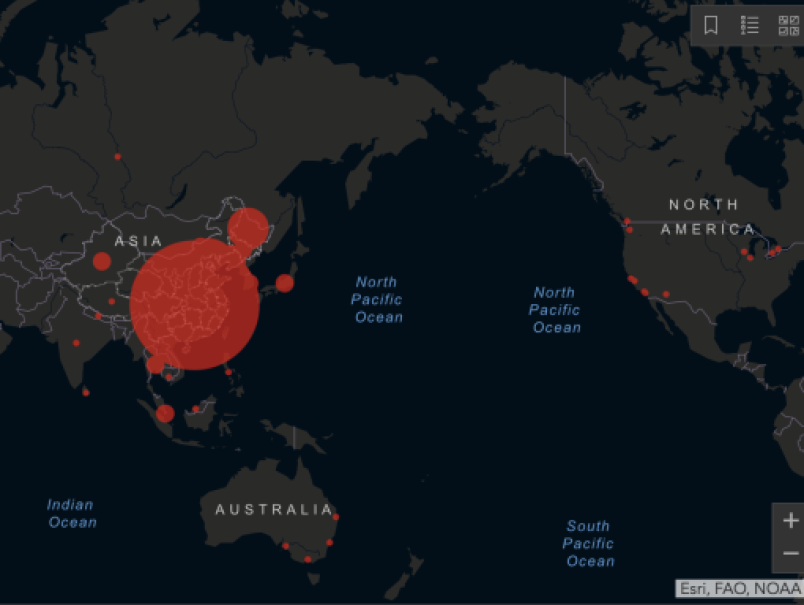 A graphic showing confirmed cases of the novel coronavirus. Fears of the disease spreading has prompted people to write and email the city of Coquitlam demanding more action. As Mayor Richard Stewart has pointed out, the city has no authority over these matters. Screenshot

The mayor of Coquitlam has written a lengthy letter to quell fears that Canada is doing nothing to stop the spread of coronavirus.

In what he says is a response to several letters and emails he and other city officials have received, Richard Stewart expressed confidence in the ability of health care officials to deal with the disease.

“Here in Canada, we have a strong and well-funded system of emergency preparedness, and in my experience, it’s a system that tends to 'err on the side of caution.'

"And when word of this virus became known, those systems kicked into place immediately and without hesitation,” Stewart wrote on his Facebook page Tuesday. “These systems are designed to operate independently of political interference of the kind that may have played a role in the poor early response in Wuhan [China, the epicentre of the disease].”

His comments come as the province confirmed Tuesday it has no new cases of coronavirus in the last few days and the total number has remained steady at four, all in the Vancouver Coastal health region; all who have been diagnosed are in stable condition while recovering in isolation at home.

According to Stewart’s post, some who have contacted the city have requested that people from China be denied entry to the city or that Coquitlam do more to enforce quarantines.

But Stewart said the city has limited powers, especially when it comes to dealing with health care issues, and has no authority to enforce a quarantine.

“We have heard a few residents calling upon city hall to 'mandate' quarantine measures. To be clear, we have no authority or power to do so; such power rests solely with senior governments (Federal and Provincial),” he wrote.

As well, it wouldn’t be “appropriate” or “workable for each individual city or jurisdiction to establish its own regulation, given that communicable illness don’t respect municipal boundaries and that resources vary between cities," he wrote.

Stewart acknowledged that while the novel coronavirus presents a high risk to public health, health officials have gone to great lengths to manage risks and as a result, the outbreak remains a low risk to Coquitlam residents.